Thousands protest in the United States for the right to abortion 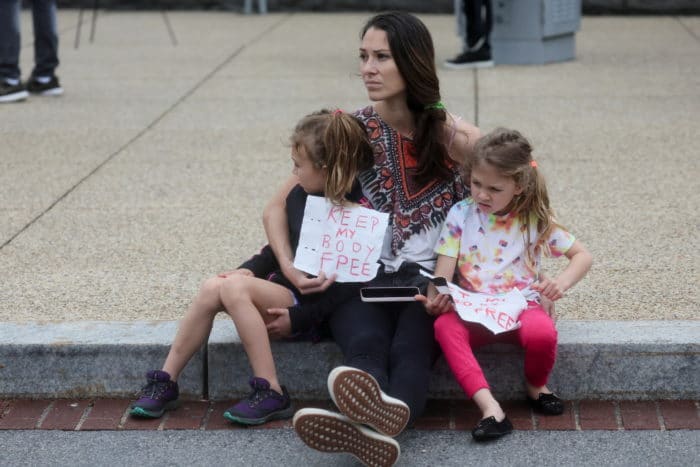 Thousands of people for the right to abortion demonstrated in various cities USA this Saturday to express his rejection of the possibility that the case Roe v. Wade, who legalized abortion nationwide, be struck down by the Supreme Court.

The demonstrations at the beginning of what the organizers described as “a summer of fury” reflect the response to the May 2 leak of a draft showing that the conservative majority of the Court is ready to reverse the historic decision of 1973 who established the federal constitutional right to terminate a pregnancy.

There were large rallies in New York, Washington, Los Angeles, and Chicago, with some smaller counter-protests. Near the Washington Monument on the National Mall, some protesters waved banners with messages that read: “How dare you?”, “We are the majority” and “Fight. Protect your choice.”

The Court’s final ruling, which could give states the power to ban abortion, is expected in June. Roughly half of the states in the United States could ban or severely restrict abortion shortly after an eventual Roe v. Wade ruling overturns.

The atmosphere was tense in downtown Brooklyn as thousands of abortion rights advocates crossed the Brooklyn Bridge into Manhattan.

Elizabeth Holtzman, an 80-year-old protester who represented New York in Congress from 1973 to 1981, said the leaked Supreme Court draft “it treats women as objects, as inferior human beings with respect to fullness”. 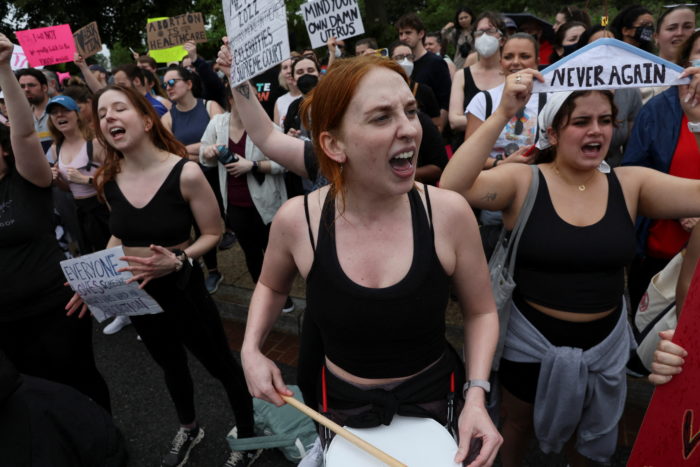 Malcolm DeCesare, a 34-year-old intensive care unit nurse who attended a rally outside Los Angeles City Hall, said that Ending the right to legal abortion could put lives at risk as women look for unsafe alternatives.

In general, the actions appeared peaceful, although at least one counter-protester was escorted by a security guard in Washington.

The Students for Life of America movement, an anti-abortion group with college groups across the country, said it would hold counter-protests Saturday in nine cities, including Washington.

At an abortion rights protest in Atlanta, more than 400 people gathered in a small park across from the state capitol with a dozen counter-protesters on a nearby sidewalk. 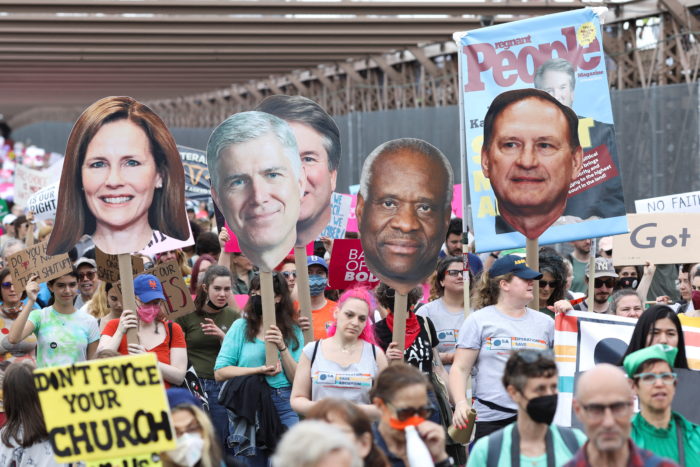 “I hope to plant some seeds in your hearts to change your mind.”

Planned Parenthood, Women’s March and other abortion rights groups staged more than 400 “Bans Our Bodies” protests for Saturday with the Washington march ending at the Supreme Court building, the focus of liberal outrage in the last two weeks.

Activists said this would be the first of many coordinated protests about the decision of the Supreme Court. 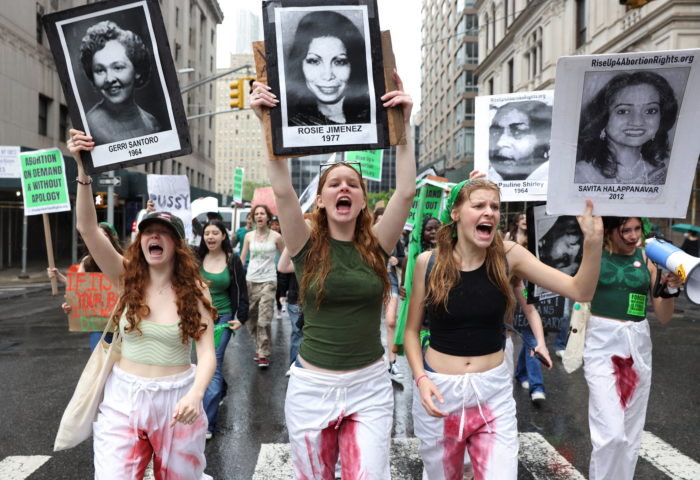 “For the women of this country, this is going to be a summer of fury,” said Rachel Carmona, president of the Women’s March. “We will be ungovernable until this government starts working for us, until the attacks on our bodies stop, until the right to abortion is codified into law.”

Several thousand abortion rights advocates gathered in a Chicago park, including US Representative Sean Casten and his 15-year-old daughter, Audrey.

Casten, whose district includes Chicago’s western suburbs, told Reuters that it was “horrible” that the conservative Supreme Court considered removing the right to abortion and “condemn women to this inferior status.”

Democrats, who currently occupy the White House and lead both chambers of Congress, hope that a strong reaction to an eventual Supreme Court decision will lead their party’s candidates to victory in November’s legislative elections. 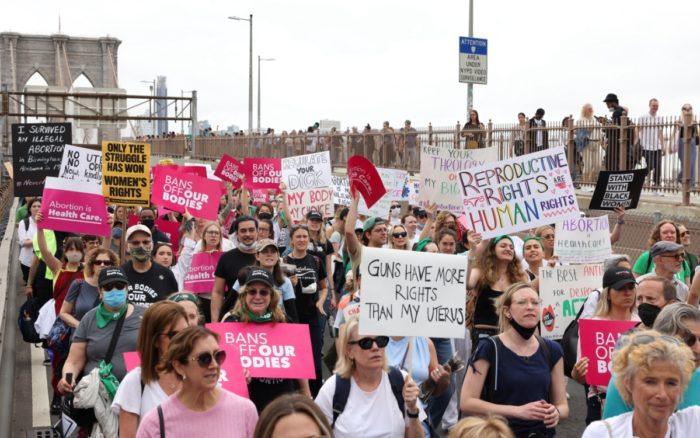 But voters will weigh abortion rights against other issues, such as increase in food and gasoline pricesand they may be skeptical of Democrats’ ability to protect abortion access after efforts to pass legislation that would have enshrined abortion rights in federal law failed.

“I can understand that people don’t like the idea of ​​abortions, but the option should still be available,” said Brita Van Rossum, a 62-year-old landscaper who traveled to Washington from Philadelphia to attend a march. (Reuters) 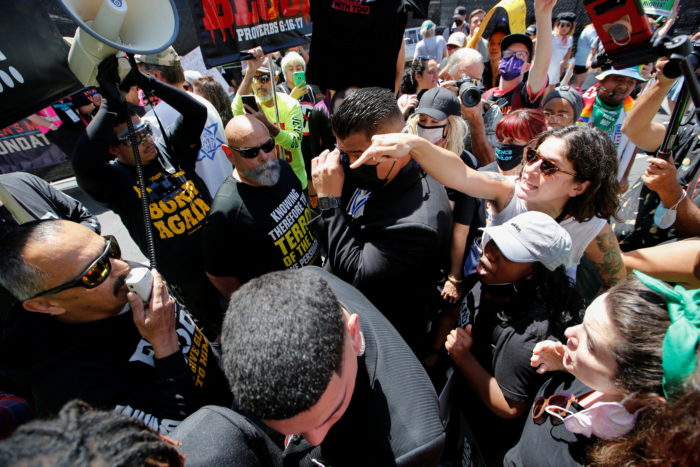