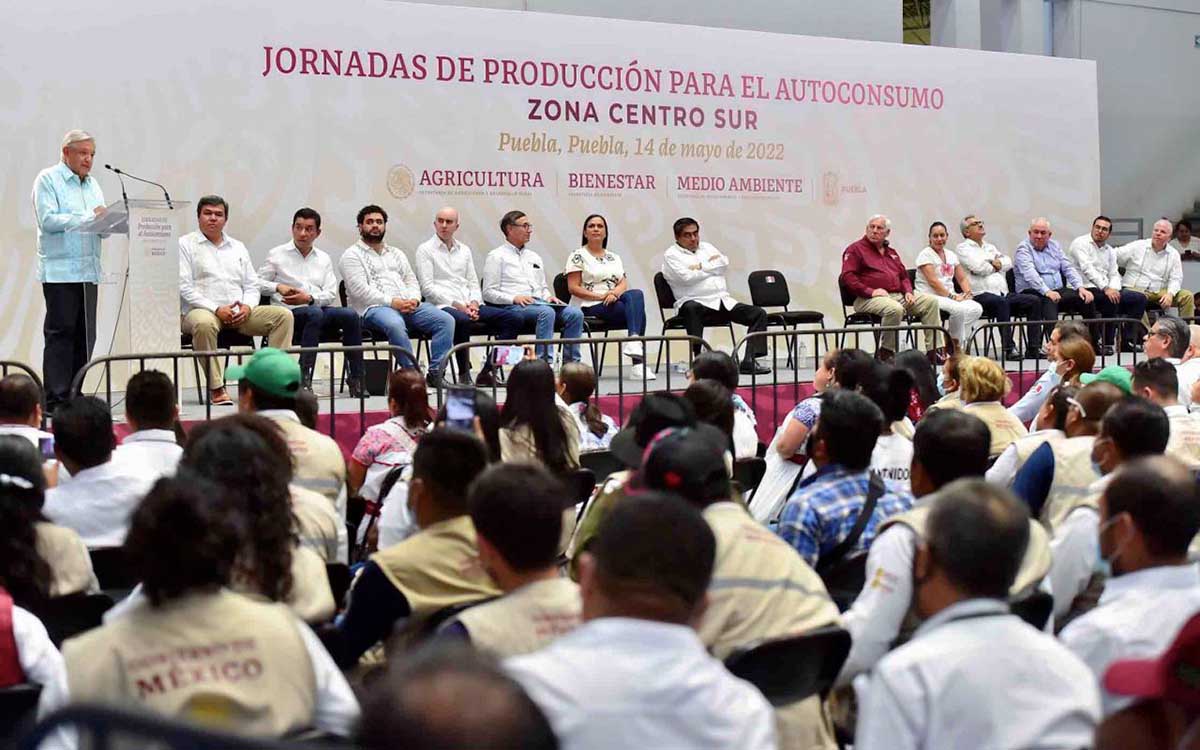 President Andrés Manuel López Obrador assured on Saturday that will exhibit to chain stores that do not comply with the so-called Package against Inflation and Scarcity (PACIC), in which the government and private companies promised not to raise the prices of 24 products in the basic basket.

This was said during his visit to Puebla, within the framework of the promotion of the ‘Production Days for Self-consumption’, where he was accompanied by the governor Luis Miguel Barbosa Huertaas well as the holders of Agriculture and Rural Development, Victor Villalobos Arambula; Welfare, Ariadna Montiel Reyes; Environment and Natural Resources, Maria Luisa Albores Gonzalez, among other officials.

After thanking the producers, distributors and merchants for having reached an agreement not to increase prices, he mentioned that large merchants such as Walmart, Soriana and Chedraui are “helping” so that “food prices are not abused.”

Later, the president warned: “Furthermore, every Monday we will be seeing who is who in the prices. If they don’t comply, then in the morning we are going to denounce them; but they will comply. A round of applause for them.”

He pointed out that production in the country has to be strengthened. He accused the neoliberal policy of having contributed to the increase in inflation, which impoverished the population.

“We arrived and began to raise the minimum wage, which was one of the lowest in the world, and we have raised it by 70 percent in nominal terms; in real terms, 50 percent. As it had not been done in the last 40 years, the minimum wage has been raised,” he said.

“But I’m not looking at just numbers and percentages, I translate this to what food costs. And it was still enough for us, until December, it was enough to buy 10 kilos, 10; Inflation is coming and now we have dropped it and it is enough for seven kilos of tortillas. I put this example so that we have an idea, ”he pointed out during his message.

In that sense, he pointed out that there are different prices for tortillas and that now the most expensive tortilla is in the tortilla shops since it is cheaper in large stores.

“That is why we need to increase, increase food production in the basics: corn, beans, rice, because the field was abandoned for a long time. There was a mistaken idea that in a globalized world, why help producers if you could buy what you needed abroad, and now we are seeing that this is not the case. The best thing is to produce in Mexico what we consume, food and energy, that is the lesson”, he pointed out.

The president pointed out that Mexico has “to go to the food self-sufficiency so as not to depend on foreigners for our food, in our raw materials; in the rest of the inflation, of other merchandise, we are better off there”.

“But, I repeat, we have the difference in food, that’s why we are going to work together to increase production. I hope that nature and the Creator help us, that there is no shortage of water and that it will be a good year for food production,” he said.