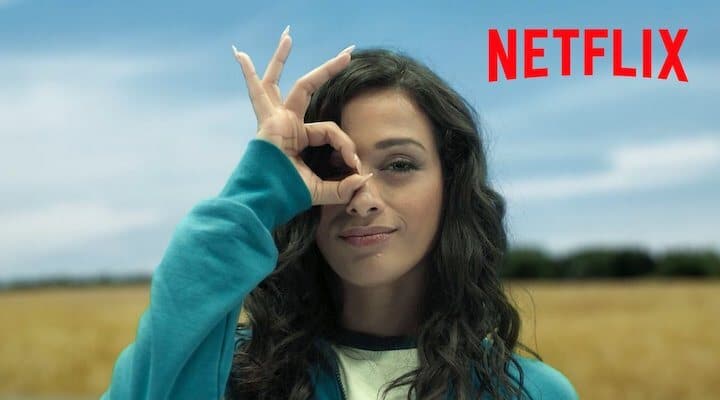 In the end it couldn’t be. chanell came close to victory in Eurovision, but finally, the Spanish representative was third in the voting, only surpassed by another of this year’s favorites, the United Kingdom, and the winner of the contest, Ukraine. Still, the singer obtained the best result for Spain since 1995making history as the Spanish representative who has received the highest score since its inception, a triumph for our country, which had not raised its head at the festival for many years.

But beware, because it turns out that Eurovision is not the only contest that Chanel has faced these days, and it may have gone even better in this one. Spanish-Cuban singer stars in the new Netflix Spain promowhich, faithful to what has already become a tradition, brings us a Eurovision parody full of winks and cameos, just as it has done in other years with Paquita Salas as representative of Amaia and Alred, or ‘The televoting girls’, their first Eurovision video.

Just before the Eurovision final on Saturday May 14, the streaming service shared the video, titled ‘CHANEL was ready to play the game long before EUROVISION’, in which we see the artist participating in The Squid Game along with other faces of Spanish song that aspired to represent Spain at the festival, like Raúl, Melody, Xuso Jones, Sonia (of Sonia and Selena), Marta Sango and Mireia, eternal frustrated candidate. As in the famous Korean series, the contestants must overcome twisted tests and only one can be left standing. The winner will receive a “monetary” prize, hidden in a tit-shaped sphere (a clear nod to Rigoberta Bandini’s song, ‘Ay mama’).

Over the years, many contestants stood at the gates of #Eurovision and only one was ready to pass the game. pic.twitter.com/Qjw5ja1wa2

“Over the years, many contestants were left at the gates of Eurovision and only one was ready to pass the game”Netflix says on its Twitter account. Inés Hernand, one of the presenters of the Benidorm Fest, acts as a hook: “The game you want, the one you want”, he tells Chanel as a mockery of her catchphrase. The singer manages to reach the end with Melody, but in the last test, the Eurovision representative 2022 prevails over the singer of ‘El baile del gorilla’ thanks to his superpower: the ‘SloMo’, outdoing his opponent with his slow-motion choreography during the confrontation. She, (almost) always first, never secondary.

See also  Falcon and Winter Soldier: Sam Wilson learns the DEADLY downside of being an Avenger

The video ends with reference to the controversy over the Benidorm Fest voting, with a cameo by the journalist Xavi Martínez and the choreographer Miryam Benedited, who received harsh criticism for favoring Chanel over the public favorites, Tanxugueiras and Rigoberta Bandini. “It does not matter if there is no televoting, on Twitter they will say that it is silly”says Blessed. The funny campaign has been applauded on the Internet, where it does nothing but increase in visits and likes.

Chanel Terrero is much more than the Eurovision representative of Spain. In addition to her facet as a singer and dancer (in 2010 she danced with Shakira at the MTV Europe Awards), the artist has been in the world of acting for more than 10 years and her career as an actress has not exactly been mucus. turkey. After moving to Madrid, Chanel participated in successful musicals such as ‘Mamma Mia!’, ‘Flashdance’, ‘The Bodyguard’ and ‘The Lion King’. On the big screen, he has been part of the cast of ‘The King of Havana’ and ‘Brain Drain 2’. And on television we have seen it in many series.

Among them, ‘Gym Tony’, where he played Deisy, ‘The secret of Puente Viejo’, ‘The hairdresser’, ‘The continental’ or ‘The Immortal’. Besides, came to present to the castings for the adaptation of ‘West Side Story’ by Spielberg, going to New York to audition for the character of Anita before the famous director. Make no mistake, madam and sir, a star is born.