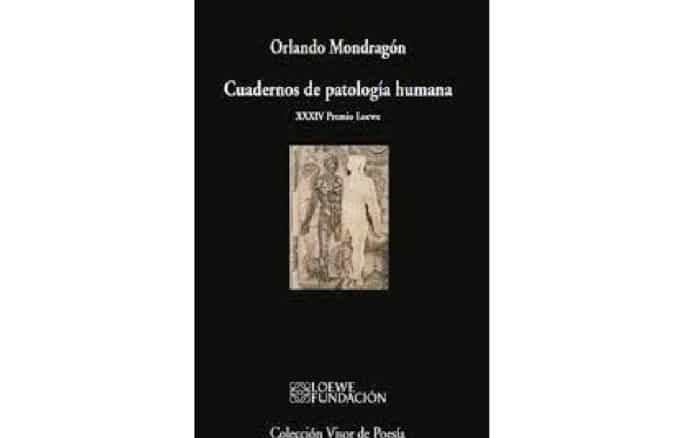 son of teachers, Orlando Mondragon (1993) was born in Ciudad Altamirano, Guerrero, a place where being a doctor is one of the highest aspirations for a young person. He studied medicine and today is a surgeon with a lifetime ahead of him who attends the Fray Bernardino Álvarez Psychiatric Hospital in Mexico City.

Parallel to his vocation for science, he is a great reader and notable poet. In 2021 he became the first author under the age of thirty to win the Loewe Poetry Prize. He got recognition for the book Human Pathology Notebooks (Visor), a title that explores the relationship between the doctor and the patient.

It’s like the chicken or the egg question. They were born in parallel. I am from a small town in Guerrero where one of the highest professional aspirations is still to be a doctor. Poetry came from when I was a child when I learned poems for Teacher’s Day. So it was a simultaneous thing.

How does the physician’s perspective determine Human Pathology Notebooks?

The awareness of finitude has always worried us, but I believe that literature’s approach to death has always been from illness, from a suffering body that sees its time reduced. the idea of ​​doing Human Pathology Notebooks, was to speak from the perspective of who provides health. I found it interesting and more personal to explore that territory.

You open the book with the verses: ‘I take my sick person’s hand/ to know that I’m still alive’. In the presence of death do we assume life?

From a near death it is inevitable to think about vitality. It can even serve as a trigger to undertake other types of things. There is always a tension when death approaches and this can lead to paralysis or to undertake things, I see this all the time in the hospital.

What effect did giving a poetic voice to your work as a doctor have on you?

I think the word does have a healing or healing element. Regardless of whether essay or fiction is written, we always leave traces of ourselves in the texts. However, it seems to me that the approach through poetry to what I do has to do with honesty and intimacy. The first versions of the book were almost totally scrapped because it didn’t allow me to explore within myself. I did not want to identify myself with the doctor who speaks. Later I discovered that to make the text work I needed to be there, despite the fact that not all the experiences are mine.

What is behind some verses like: “He has signed a paper / that forces me to disconnect it. / My finger is the executioner / that silences the monitors”? Assisted death, euthanasia?

That kind of thing happens in the hospital and there’s not always a name for it. Being in extreme situations, close to life and death, make us think about ourselves. In this aspect there are always ethical or legal crossroads. Sometimes there are many obstacles to having a dignified death. It may be that in that poem there is a certain apology for euthanasia, but it is about recognizing the need to die in peace and as placidly as possible.

The book conveys the notion of the hospital as a house.

True, in a place that is perceived in such a hostile way, one would not think that there could be certain types of fraternities. I wanted to explore how, despite being strangers, we are moved by compassion for each other. I started writing the poems from the medical internship that consisted of guards every three days, then I spent a lot of time in the hospital and it became a kind of refuge.

Why in recent years has there been a boom in literature written by doctors?

I think the life of this mythologized being in popular culture that is seen as an almost all-powerful entity that decides life or death is interesting. However, he is also seen as cold, isolated and arbitrary in his decisions. It seems to me that there is a challenge in breaking this myth and rehumanizing medicine.

Although in the pandemic we have also seen mistreatment of doctors and nurses.

What effect does poetry have on your work as a doctor?

The word always has some healing. Literature has helped me to find the right words and to identify myself with the patients’ stories. Thanks to her I can put myself in her shoes and work from there. Art in general puts us in that perspective. Seamus Heaney explained very well the paradox of art: despite the fact that it is about invented things, it tells us something about our own lives.