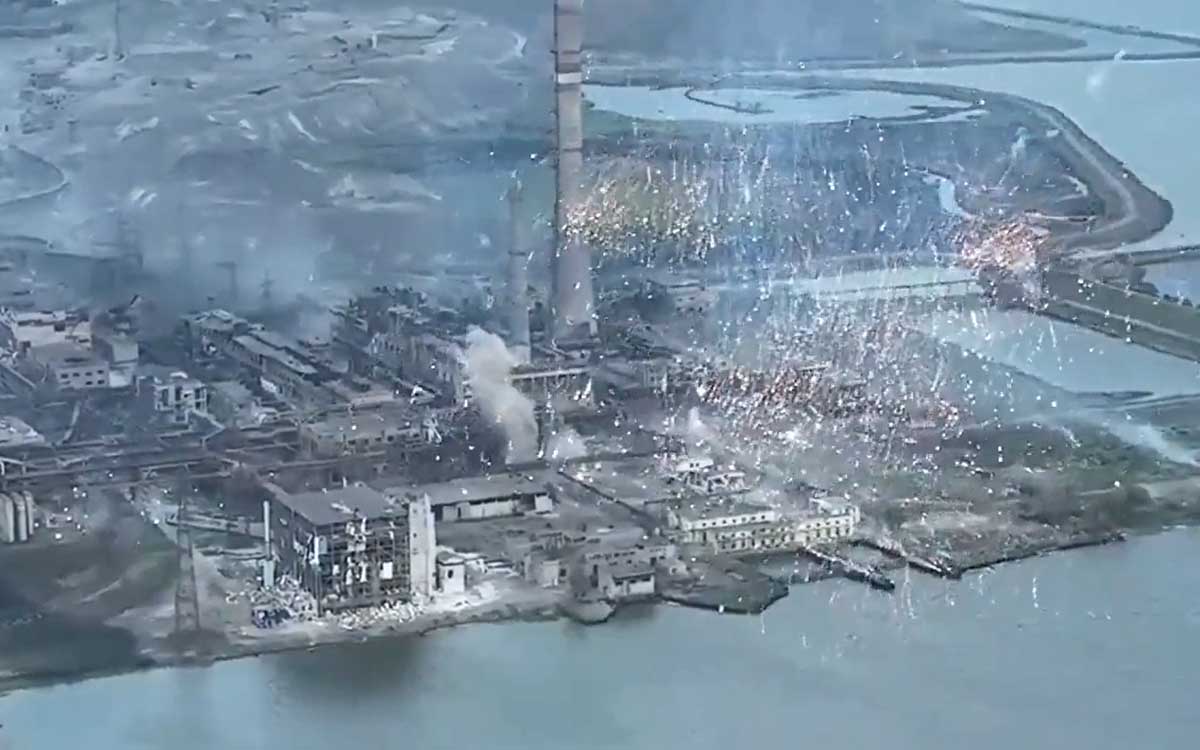 The adviser to the Mayor of the besieged Ukrainian city of Mariupol, Petro Andriushchenko, denounced that Russia launched white phosphorous bombs against the Azovstal steel plant -one of the city’s last defensive bastions- shortly after the country’s victory in the Eurovision contest.

“Hell has come to Earth. To Azovstal”, Andriushchenko declared in a message on his Telegram account, accompanied by a video with images of artillery fire.

“They used 9M22S incendiary projectiles with thermite layers. The combustion temperature is about 2-2.5 thousand degrees Celsius. It is almost impossible to stop the burning”, he denounced.

“It’s amazing how our defenders hold up. We are all in irrevocable debt to them.” he said in the message, picked up by the Ukrainian news portal Focus.

White phosphorus bombs are a incendiary projectile whose contents begin to burn on contact with air. Its indiscriminate range and brutal devastation prohibit its use in populated areas under international law.

The adviser published images of projectiles where they could be read inscriptions referring to the Kalush Orchestrathe winning group of the song contest held on Saturday night in Italy.

“This is how Russia reacts to our victory”, added the adviser accompanied by an image of a Russian bomb with the legend “Kalush, as requested”, along with the date of the end of the concert, this Saturday, May 14, according to a translation from the DPA agency.

The images could not be independently verified, although they were also shared on his Twitter account. Twitter for Mykhailo Fedorov, the deputy prime minister of Ukraine.

“Video evidence of the possible use of phosphorous bombs against the defenders of Mariupol. Azovstal represents not only Ukraine, but the whole of Europe. The bravest humanity. Never forgive, never forget, ”said the official in a message.

Video evidence of possible usage of phosphorus bombs against defenders of Mariupol. Azovstal stands not only for Ukraine, but for the whole Europe. The bravest humanity. Never forgive, never forget. pic.twitter.com/ElZ8JGppib

Right now there are about a thousand people sheltered at the Azovstal plant which remains under siege. Attempts to rescue them are proving difficult, and they continue to reject Russian calls for them to surrender.