Court denies investigation for leaking projects in the Cuevas case 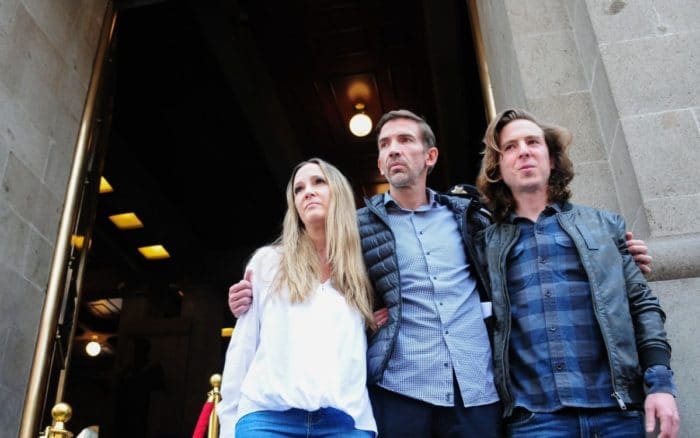 The Supreme Court of Justice of the Nation (SCJN) did not open any internal investigation for the leaking of the draft sentences prepared by Minister Alberto Pérez Dayán in the case of the criminal proceedings faced by Laura Morán Servín and her daughter Alejandra Cuevas Morán, for the death of Federico Gertz Manero, brother of the Attorney General of the Republic (FGR), Alejandro Gertz Manero, despite the public complaints made by the affected party, that is, by the defense of the Cuevas family.

According to a request for information to which Aristegui Noticias had access, neither the General Secretariat of Agreements nor the General Unit for the Investigation of Administrative Responsibilities of the highest court considered pertinent to open an inquiry about the early delivery of both projects sentence to the legal team of prosecutor Gertz Manero, despite the fact that his in-laws did not have access to them.

Consulted by Aristegui Noticias, Alonso Castillo Cuevas, son of Alejandra Cuevas, released after the plain and simple protection that granted her freedom by exonerating her from the accusation of homicide in degree of kinship to the detriment of Federico Gertz, explained that the defense of his mother and his grandmother Laura Morán, did not have access to the draft sentences, thus violating the fairness of the criminal process and the confidentiality of the proposals.

Castillo maintained that his family’s defense attorneys were never notified of the existence of the projects of sentence to which the prosecutor Alejandro Gertz Manero had access before his counterparts, not even after the broadcast of the audios where the intervention of the head of the FGR in this case was evidenced, a leak that occurred on Thursday, March 3, a week before the appeals of the Cuevas family will be analyzed for the first time in the plenary session of the Supreme Court.

The call leaked through a YouTube account, lasting 3:52 minutes, is a conversation between the Prosecutor Alejandro Gertz Manero and the deputy attorney for Competence Control, Juan Ramos López, in which both acknowledge that they already have the Draft ruling prepared by Minister Pérez Dayán in which it was proposed to grant an amparo for effects for both women.

Gertz Manero reads a part of the sentence in which Pérez Dayán dismisses the grievances presented by the lawyers who represent him in the case of the death of his brother Federico Gertz Manero, causing the Prosecutor’s own annoyance.

– What do you think? Gertz Manero questions Ramos López. He already released her, right?

Ramos López admits that this sentence is not favorable to his boss at the FGR and assures that the project “fell a bit short”, so Gertz Manero assumes that the resolution will result in the release of Alejandra Guadalupe Cuevas Morán, imprisoned at that time for allegedly “provoking” the death of her stepfather Federico Gertz Manero, who had a concubinage relationship with Laura Morán for almost 50 years.

– “It is very clear, he sets her free. What do you think?” says Alejandro Gertz Manero.

In the conversation, Attorney General Gertz Manero blames Pérez Dayán for not providing any type of protection to the victim, an accusation that Ramos López supports and assures that the minister had assured them that the project would prove the existence of a crime.

After the dissemination of these audios, Minister Alberto Pérez Dayán finally published the sentencing projects on March 10, that is, seven days later. However, Alonso Castillo affirms that they were never notified of the projects, which constitutes an irregularity.

“We never had access to the project that was leaked from Alberto Pérez Dayán, we never read it before or after on the recommendation of our own lawyer, because those projects are confidential. In the interviews he did, Alejandro Gertz made it seem as if it was normal for projects to be shared, but It’s not normal, it’s confidential and it was not even the two parties who had access to that project, it was only Gertz discussing it with Juan Ramos, we never had access to that project and neither did the ministers send it to us after the leak, that is the reality,” Castillo Cuevas said. . 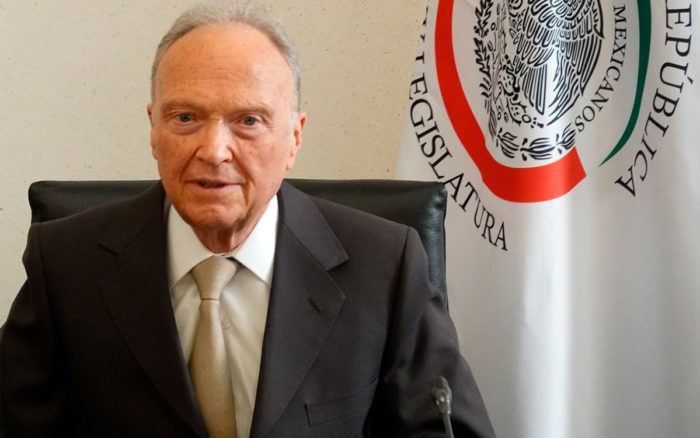 Thus, in a request for information made to the SCJN on this case, to find out if the leak of the draft sentences was investigated, two instances of the highest court denied the existence or opening of any procedure to investigate the existence of any irregularity, or at least, the inequitable treatment of the parties that were at odds in this criminal proceeding.

To a question about the existence of an investigation, the General Unit for the Investigation of Administrative Responsibilities of the Supreme Court replied that “there is no record that any investigation has been initiated due to the probable leak or illegal dissemination of the project corresponding to the jurisdictional file 541 /2021, which was prepared by Minister Alberto Pérez Dayán, against any public servant of the Supreme Court of Justice of the Nation, with the exception of his Ministers.”

Due to the foregoing, that same instance admits that it cannot provide any information on the possible faults “involved by the officials of the Judicial Power of the Federation due to the facts indicated in the request for access, since, as already stated, this General Unit has not initiated an investigation into these conducts”.

Separately, the General Secretariat of Agreements, which handles the relationship of the highest court with the ministers, warned that according to its regulations, it has not filed any matter with the characteristics of an investigation related to the leak, so there is no information related to these facts.