Leaked details of Lula da Silva’s future wedding; It will be in the most luxurious place in Sao Paulo 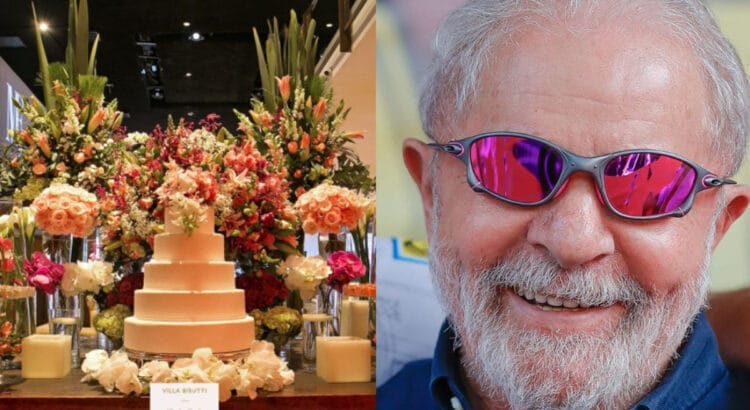 With a five-star buffet, premium drinks and in the most luxurious place in Sao Paulo, the wedding between former Brazilian president Lula da Silvia and his partner Rosângela Silva “Janja” will be held. a 55-year-old sociologist with whom he had been in a romantic relationship since he was in prison for corruption offences.

According to the weekly column of Brazilian journalist Leo Dias, “The Villa Bisutti Casa do Ator” will witness the link between the former president and his girlfriend. The official site of the place qualifies its facilities as a “classic and romantic concept” in which, it assures, the celebration will be a “success from start to finish.”

The bride was responsible for choosing several of the details of the celebration on the exclusive site, such as the foods that will be included in the menu and that have a high economic value. In addition, Leo Dias’s column cites that the celebration will last approximately nine hours.

The decoration of the celebration has “an extra cost”, but the amounts are not known because this service was contracted with a provider external to the team that plans Grupo Bisutti’s events. The place will have modifications to the personal taste of the former Brazilian president and it is even known that it will feature artists, whose names have not yet been revealed.

It is presumed that next May 18, the day on which the wedding will take place, mobile devices will be restricted due to the reservations that the former president maintains so as not to disclose the details that occur at his nuptials. Similarly, security will ensure that only previously authorized cars enter the event venue.

Some days ago, Lula da Silva launched his candidacy for the presidential elections in Sao Paulo on October 2, where the faces will be seen with the current president, Jair Bolsonaro.

The former Brazilian president thus returns to the political front line, after several years of leaving power; His mission, he says, is to defeat Bolsonaro’s proposal and, in his campaign phrases, he calls for the need to “restore national sovereignty” and “recover Brazil’s international role.”