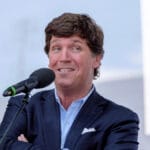 Fox News aired at least one lie every weekday over the first four months of this year among segments featuring news anchors, reporters and guests, the watchdog group Media Matters for America says, citing a survey it took of the network’s coverage.

Media Matters published a list of what it says are “lies and false statements told and retold” by Fox News. The report includes a take from every weekday from January through April during what it calls “straight news” programming.

Fox News did not immediately respond to the TheWrap’s request for comment.

Fox News also drew a seeming rebuke from President Biden after the Buffalo attack, though Biden did not name the network or any of its hosts specifically.

The Media Matters survey of the Fox News coverage, which features a daily falsehood paired with an explanation and a countering factual statement, includes topics ranging from COVID-19 masking and vaccines to migration across the southern border and the Russian invasion of Ukraine. 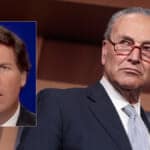 Jan 12: Fox News correspondent Dr. Nicole Saphier stated that the average American “should not be wearing” N95 masks amid the spread of the COVID-19 omicron variant.
Jan 25: Fox News guest and Jason Miyares, the attorney general of Virginia, blamed the mental health crisis among young people during the pandemic on masking, adding that “children aren’t the cause of the spread.”
Jan 26: Fox News radio host Jimmy Failla claimed that requiring children to wear masks at school is “abusing kids,” arguing that the benefits of masking are based on “very dubious” data.
Jan 31: Fox News correspondent Dan Springer claimed the Portland, Oregon auto crime unit was “gutted” to “appease rioters” during a segment sensationalizing auto thefts. 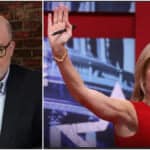 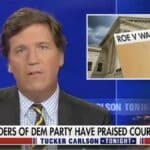 Feb. 23: Fox News anchor John Roberts claimed “for all intents and purposes” there continues to be an “open border.”
March 15: Fox News anchor Sandra Smith claimed the WhiteHouse “doesn’t have any specific solutions” for lowering the price of gas.
March 25: Fox News contributor Sean Duffy claimed the American military is weak because it is “woke,” focused on climate change and diversity instead of strength.
March 30: Fox News contributor Sean Duffy claimed that Disney wants to “sexualize our children” and “indoctrinate them” by introducing more LGBTQ representation. 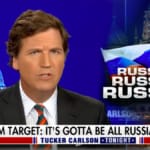 March 31: Fox News anchor Sandra Smith lied that a Disney executive said she “wants 50% of all the characters to be gay or they will be underrepresented,” adding, “You will have to ask yourself if you believe that represents the American public.”
April 8: Fox Nation host Tammy Bruce claimed the Department of Justice is labeling parents with “dissenting views” as terrorists.
April 11: Fox News correspondent Nate Foy claimed that teachers will force 6-year-olds to talk about genitals.
April 19: Fox News correspondent Mike Tobin claimed the so-called “Ferguson Effect ”was responsible for increased murders of Black Americans.” 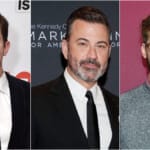