George W Bush Slips Up, Says the Invasion of Iraq Was ‘Unjustified and Brutal’ (Video) 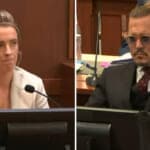 Former US President George W. Bush has forever stood by his decision to order the invasion of Iraq based on lies about WMDsdespite, you know, how everything proceeded exactly as his critics and opponents warned.

But in a speech given in Dallas on Wednesday, while attempting to talk trash on Russian autocrat Vladimir Putin and the unprovoked Russian invasion of Ukraine, Bush made one of his trademark flubs. As a result, I accidentally ended up accurately describing the Iraq war instead.

“Political opponents are imprisoned or otherwise eliminated from participating in the electoral process,” Bush said about Putin’s Russia. “The result is an absence of checks and balances in Russia and the decision of one man to launch a wholly unjustified and brutal invasion of Iraq. I mean Ukraine.”

We don’t know about you, but that’s one hell of a Freudian slip. Though no, this doesn’t actually mean a change of heart. “Anyway, uh, 75,” Bush joked, referring to his own age. Yuk yuk, right?

Bush is known for many things: blowing-off direct warnings of an imminent terror attack in the months prior to 9/11; presiding over the collapse of the US economy caused in part (but not all) by his administration’s policies. But his signature accomplishment of him was the unprovoked invasion which in the end solved none of the problems it was pitched as solving and killed at least 400,000 people.

admin
See also  Things to do in Toronto this weekend: June 24-26 - NOW Magazine