Impossible mission of the INPI: impose the Independence Aqueduct in the name of the Justice Plan 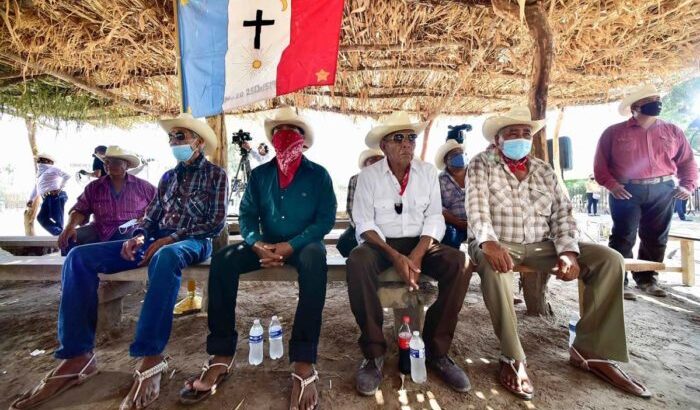 The directors of the National Institute of Indigenous Peoples (INPI), Adelfo Regino and Hugo Aguilar, since President Andrés Manuel López Obrador placed in their hands the implementation of the Justice Plan for the Yaqui Peoples, have assumed the task that support for the tribe would have to be in exchange for that the Yaquis will abandon their legal and social defense against the illegal operation of the Independencia Aqueducta work that from the middle part of the Yaqui River Basin takes away the water from the ethnic group, the rural producers and the inhabitants of southern Sonora.

Liquidate actions of assistance to the tribe in exchange for accepting the illegal imposition of a work that cancels the future of the ethnic group and the south of SonoraIt’s like wanting to homogenize the water with the oil and then ask the Yoreme troops to drink that smoothie without making faces. There is an incompatible polarity between the discursive purpose of justice for the Yaqui peoples and the militant claims of INPI directors in favor of the Independencia Aqueduct.

They want to achieve the feat of combining water with oil, using excessive pressure on the tribe as emulsifiers, some of which are tied with terror proceedings, persecution, imprisonment, systematic lies, blackmail, money offerspropitiating a climate of tension and division in which recognized spokesmen of the Yaqui peoples have been assassinated, such as Tomás Rojo Valencia and Luis Urbano Domínguez, who stood out in the defense of water and against the imposition and illegal operation of the aqueduct.

In the task to finish converting to Independencia Aqueduct in a reality of strengththe directors of the INPI, with their three years at the service of the López Obrador government, have completed a decade of harassment, violations of the law, the uses and customs of the indigenous communitywith the same procedures and in many cases worse than those used by the governments of Guillermo Padrés, Felipe Calderón and Enrique Peña Nieto. There is no modesty, no decorum and there is a lot of obscenity in the mission to ensure that the aqueduct is imposed. The lie is blatant and brazen: everything affects the Yaqui tribe, unless millions of cubic meters per year are taken from them from the Novillo site, in the middle part of the Yaqui River Basin, to divert them to feed and fatten the large speculative investments in real estate projects of an ambitious minority that intends to make the city of Hermosillo the paradise of easy businesses

As it was in the governments of Calderón and Peña Nieto, CONAGUA is the perfect accomplice of INPI. Not even the strong slaps of the tremendous drought that Sonora and all of northern Mexico suffers, make them react. Obedient to the mandates of money and private interests that are taking over the Yaqui River Basin, Adelfo Regino and Hugo Aguilar consent -at the time the reservoirs of the dams descend- to retain hundreds of millions of cubic meters , of the little existing water, in the Presa del Novillo to ensure the levels of operation of the aqueduct, without caring that this punishes the requirements of the lower part of the basin where the tribe is located, the seven municipalities of southern Sonora and the rural producers of the Yaqui and Mayo valleys.

Every time the visit of López Obrador to Yaqui territory, the directors of the INPI intensify their pressure against the Yaquis who disagree with the president’s decree that contradictorily offers them more water but refuses to cancel the Independencia Aqueduct. Prior to the presidential visit in February this year, INPI activists within the tribe, pressured and even forcibly detained representatives of the Potam People’s Traditional Church, so that the amparos filed against the presidential decree would be withdrawn. The Yaquis have not given up their legal actions against the president’s contradictory decree, nor those filed against the operation of the aqueduct, on the contrary, they have ignored the INPI activists within the tribe as spokespersons, who maintain a threatening and violating speech of the uses and customs of the ethnic group.

Now that the presidential visit is announced for this month of May, the INPI directors have intensified the offensive within the Yaqui tribe and they extend it against the indigenous Mayos of the Buaysiacobe ejido, so that they desist from the protection that a federal judge ultimately granted them against the presidential decree. The indigenous Mayos oppose the decree, for the same reason as the Yaquis: a presidential provision that is delivering unavailable volumes of water, encouraging a conflict between the users of the lower basin of the Yaqui River, to divide them and not maintain the unity that for years it has argued against the illegal operation of the Independencia Aqueduct.

Andrés López Obrador has failed to accredit his Justice Plan for the Yaqui Peoplesit will not be able to do it with the indigenous Mayos either, if it persists in his technically unfeasible vision of consenting to the illegal operation of the aqueduct and distributing volumes of water that are already concessioned, under the simple and plain criterion of the eye of the good bucket: I think it is enough. If under conditions of relatively normal cycles of rain, the aqueduct is unfeasible due to the deficit condition of the Yaqui River Basin, in the context of recurrent droughts that are suffered, it is an aberration.

Stubbornness devoid of intelligence is foolishness and in the conditions that prevail in the country and in the region, it is dangerous. What seems impossible, is still necessary: ​​it is time for the president to listen to the wise word of Cuauhtémoc Cárdenas and admit that the first step to bring justice to the Yaqui tribe begins with the cancellation of the illegal operation of the aqueduct and the implementation of a vigorous policy of managing more water with the desalination of seawater and projects such as the Northwest Hydraulic Plan (PLHINO).