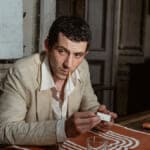 The year is sometime in the near future, apparently, and society has collapsed for vague reasons. Well, some of it has. Some of it hasn’t. Or maybe it only has if you squint really hard.

The Italian post-apocalyptic coming-of-age crime drama “Mondocane” is big on attitude but very short on details, presenting a world of violent gangs and oppressive police against a backdrop that’s so similar to what’s going on today, and so unexplored in all its sci-fi trappings, that one can’t help but wonder why it’s set in the future at all.

Dennis Protopapa, in his feature film debut, plays the title character, Pietro, who quickly earns the name “Dogworld” after he torches a pet shop to earn his place in a gang called “The Ants.” He’s grown up by the seashore with his best friend Cristian (Giuliano Soprano, also making his debut), and if you thought “Dogworld” was an unfortunate nom de guerre, Cristian gets saddled with “Pisspants” because he’s epileptic and occasionally has seizures.

The Ants are ruled by a criminal mastermind named “Hothead” (Alessandro Borghi), who rules over his child soldiers like Fagin, if Fagin had a “Mad Max” mohawk and a Ned Flanders mustache. Hothead is all arms, lifting them to the sky like a divine deity before softly setting them on his children’s shoulders from him, ever the approving parent.

Dogworld and Pisspants are as close as friends can be, brothers really, and so you just know that entering the world of crime will eventually rip them apart. “Mondocane” has nothing to do with the 1962 shockumentary “Mondo Cane” and a whole lot to do with fraternal crime sagas like “Mean Streets” and “City of God.” Nothing tears a childhood friendship asunder quite like joining an organized-crime gang, where affection looks an awful lot like weakness and eventually, someone’s going to get asked to kill their best buddy just to prove their loyalty to the club.

The young actors Protopapa and Soprano are well-suited to their roles as a strong-willed young man of conscience and a tortured young man with too much faith in his role models, respectively, but the script by director Alessandro Celli (making his feature debut ) and co-writer Antonio Leotti doesn’t give them any opportunities for nuance. (If you’re wondering which character will develop a fanatical devotion to Hothead, it’s the one who literally carries a giant crucifix on his back from him for the first act of the film, only to drop it when he meets Hothead.) 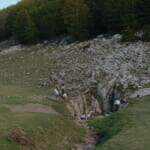 The Ants live in a quarantined zone of Italy where the cops are afraid to enter, and only ominous-sounding “sterilization” squads patrol the streets, kidnapping whomever they find. You would think that would be a pretty big plot point, but apparently not so much. On the other side of their wall is a fascist city where orphans work in steel mills but also get to have gym class on the beach at a fancy resort, so it’s not all bad? Maybe? Kind?

On this side of the wall we meet Sabrina (Ludovica Nasti, “My Brilliant Friend”), a young orphan girl who dreams of visiting her parents’ graves in the forbidden zone. A hard-nosed cop named Katia (Barbara Ronchi) is warming up to Sabrina, but she’s also committed to bringing the Ants to justice, so when Sabrina makes friends with Dogworld and Pisspants, it sets a chain of events in motion that are predictably bloody .

“Predictable” is an unfortunate word to use when describing a film, especially when a film like “Mondocane” has carte blanche to invent any situation it pleases. But although the film takes place in a dystopian near future, the story rarely reveals any meaningful information about how society functions after an environmental collapse, or indeed portrays hardly any scene as though it could take place only within the confines of “Mondocane.” 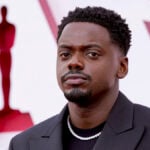 If you removed a few dystopian details about the fascist fancy town, Celli’s film could easily have taken place in an only slightly stylized version of the present day. And although science fiction arguably operates best as a funhouse mirror held up to contemporary life, if you forget to take advantage of the “funhouse” aspect of the genre, all you’ve got is a typical crime drama with a few minor tweaks.

See also  They organize a mock shooting in a primary school in Guaymas, Sonora

The visual world of “Mondocane” has been tinted a bleak and unflattering shade of yellow by cinematographer Giuseppi Maio, which makes almost every scene look like it’s really warm outside but robs much of the production design of its personality. “Mondocane” takes place in a lot of empty buildings and sun-drenched beaches, which can absolutely approximate a post-apocalyptic environment with the careful application of distinctive details. But apart from some futuristic cop cars and a shiny monitoring bracelet on Sabrina, those details are few and far between.

“Modocane” engages every single time Alessandro Borghi is on-screen. He calmly captures the camera’s attention and the eyes of every lonely child, because to the audience and the characters he somehow manages to be half Lord Humungous and half Ward Cleaver. The young cast proves themselves capable too. But they all live in an unremarkable world, full of unremarkable events, in a film which has uninteresting things to say. And that’s unfortunate.