Final trailer for volume 1 of ‘Stranger Things’ Season 4: “The time has come” 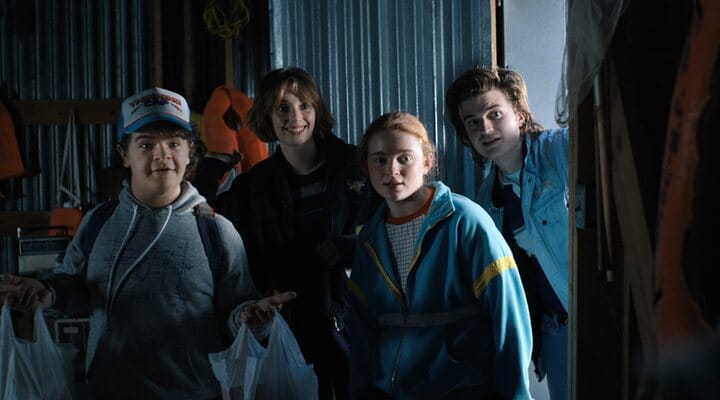 Netflix has released the final trailer for volume 1 of the fourth season of ‘Stranger Things’. The Duffer brothers’ series will release what will be its penultimate season divided into two volumes, the first with 7 chapters and the second with the final 2 chapters; and will premiere on May 27 and July 1, respectively. After showing us a preview with the first 8 minutes of the season, Netflix has now released the final trailer for the first volume of chapters with the charismatic characters of Hawkins and the voice of Vecna, the new villain in humanoid form.

Millie Bobby Brown, Finn Wolfhard, Gaten Matarazzo, Noah Schnapp, Caleb McLaughlin, Sadie Sink, Joe Keery, Charlie Heaton, Natalia Dyer, Winona Ryder and David Harbor will return to co-star in the fourth installment of one of Netflix’s most popular series. A season that will make history on the platform due to its huge budget. And it is that each chapter would double the budget of each episode of the final season of HBO’s ‘Game of Thrones’, making the new installment of Netflix one of the most ambitious proposals ever conceived for television.

The final trailer of the first batch of the fourth season shows us some important images of the plot without revealing too much (which is appreciated). Plus, there are only a few days left until the first seven episodes are available on Netflix, so fans won’t have to keep biting their nails for much longer.

“The time has come”

Netflix also published the first 8 minutes of the fourth season of the series on May 20. In this trailer, we return to Hawkins’ lab to witness a horrific massacre that spares no blood and gore.

Netflix is ​​planning a fifth season that, according to its creators Matt and Ross Duffer, will be the one that finally puts the tie to the series. However, there has been talk of several possible spin-offs that could come later.