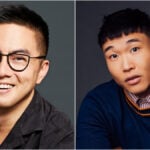 Jane Austen is cited just seconds into “Fire Island” — and a character later quotes everyone’s favorite “Emma” adaptation, “Clueless” — and this sparkling tale of star-crossed love affairs on a beach vacation treats “romantic” and “comedy” with equal importance. The fact that its entanglements, misunderstandings, and reconciliations occur among an almost entirely all-male cast serves merely to put a new meaning to the “Pride” in “Pride and Prejudice.”

First-time screenwriter Joel Kim Booster establishes a world in which smartphones and written correspondence can co-exist and where two unlikely partners can find each other by virtue of being the only two people for thousands around who want to talk about literature. For all the hook-up apps, Charli XCX remixes, and six-pack abs on display, “Fire Island” is still the kind of movie where arguing about the short fiction of Alice Munro counts as foreplay.

For commitment-phobe New Yorker Noah (Booster), his annual sojourn to gay resort Fire Island is a chance to reconnect with what “Tales of the City” author Armistead Maupin would call his “logical” (as opposed to “biological”) family : BFF Howie (Bowen Yang), who moved off to San Francisco; brash and boisterous Luke (Matt Rogers, “I Love That For You”) and Keegan (Tomás Matos); and deadpan intellectual Max (Torian Miller). None of them have the kind of high-paying careers or trust funds that would actually enable this kind of vacation; they scrape it together thanks to the largesse of Erin (Margaret Cho), their friend group’s lesbian matriarch, who bought a house on the island with the proceeds of a lawsuit settlement.

Class and race clash when Howie has an instant spark with Charlie (James Scully, “You”), an adorably innocent naive, and a doctor to boot. Their incipient romance raises the hackles of Charlie’s moneyed pals, including grumpy LA lawyer Will (Conrad Ricamora, “The Resident”), who’s cynical about relationships, and Cooper (Nick Adams), a condescending and elitist jerk whose look of perpetual disdain makes him a familiar type; gay men have met or will meet this guy at some point in their lives. Their much-much-nice vacation home even includes a snotty racist of a gay-Karen named, perfectly, Braden (Aidan Wharton).

The biggest obstacle for Howie and Charlie winds up being the well-meaning interference of their closest friends: Noah is convinced that Howie needs to get laid rather than to fall in love — and his questioning of Howie’s desires grows so obnoxious that it threatens to capsize their longstanding friendship — while Will remains concerned that Charlie, who’s rebounding from a recently-ended relationship, is moving too fast. Noah and Will’s interference with their friends’ budding romance blinds them to the fact that they themselves might be perfect for each other, and not only because they’re the aforementioned men who brought books with them on vacation. 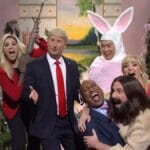 It’s a given that characters in 21st century romantic comedies have to talk about the rom-coms of the past, mentioning tropes before indulging in themselves and saying how much or how little they want their own love lives to resemble something crafted by Nora Ephron. Given the relatively serious nature of his brilliant earlier films (“Spa Night” and “Driveways”), director Andrew Ahn might seem an unusual choice for the material. (Ahn once appeared as a guest on a podcast I hosted, but he came to talk about Ozu, not Lubitsch.)

Luckily, his low-key, humanist aesthetic meshes perfectly with Booster’s witty screenplay. These characters could easily have been quip machines (and the one-liners do fly fast and furious), but Booster and Ahn make sure to capture the characters’ humanity and vulnerability alongside their humor and lust. Cinematographer Felipe Vara de Rey (“See You Yesterday”) captures the island not as a postcard-perfect paradise, but instead with a hazy, relaxed air, giving truth to Noah’s narration that a day in Fire Island can feel like weeks have passed. That’s an essential tool to making days-old vacation romances feel established and lived-in. 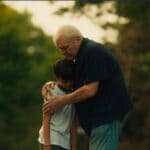 Booster’s an honest-to-goodness double threat here, giving a magnetic lead performance on top of his skillful writing. We get to see Noah’s best side of him (his commitment to his circle of friends) and his worst of him (his annoying habit of pre-judging other people based on minimal evidence), and Booster makes him a character we can root for and be annoyed with simultaneously. Ricamora is not quite his match as a love interest; if Will is this movie’s Mr. Darcy, the actor’s got the early-in-the-book distant arrogance down, but not so much the late-in-the-book passion, although he gamely tackles some dorky dance steps to prove to Noah that he can be fun.

Yang, who has stealthily established himself as an essential “SNL” player over the last few seasons, gets to show more of what he can do as a performer, exposing his heart while also landing the zingers. Cho, as always, steals every scene that isn’t locked down, and Matos and Adams both make strong impressions, telling you everything about their second-banana characters with just a few words or facial expressions. (They’re aided by the costumes from David Tabbert, which skillfully delineate the class differences between the characters — a tall order in any movie, but particularly in a film in which the characters spend most of the time in Speedos or attending an underwear party .)