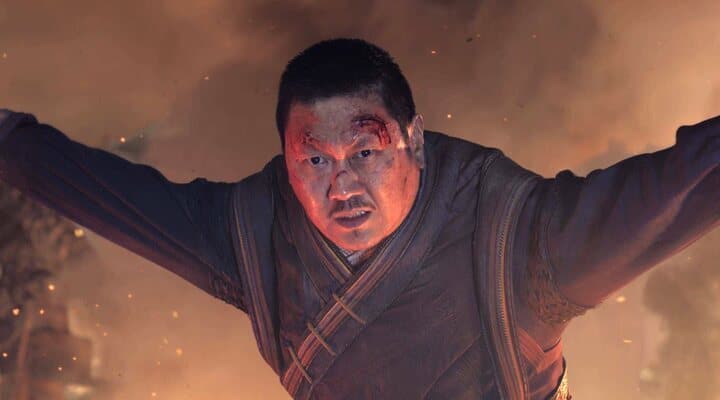 *This article contains spoilers for ‘Doctor Strange in the Multiverse of Madness’.

‘Doctor Strange in the Multiverse of Madness’ has already grossed more than 800 million dollars worldwide and has become the highest grossing film of the year, surpassing ‘The Batman’. The tape of the Marvel Cinematic Universe directed by Sam Raimi premiered on May 6, almost 3 weeks ago. Marvel will wait 45 calendar days after its premiere to release the disc version in the United States, which will come, as expected, with some scenes deleted from the footage. One of them has been leaked on Twitter in which we see Wong’s character climbing Mount Wundagore, very close to the end of the film. However, unlike the final version, he is not alone here.

The scene we’re talking about shows Benedict Wong as the Supreme Sorcerer Wong climbing the steep mountain, accompanied by the minotaur-like sorcerer known as Rintrah (Adam Hugill) and two other sorcerers from the Kamar-Taj temple. Considering that Wong was completely alone when we saw this scene from the armchair, we can deduce that the story would have changed slightly if it had stayed. The final battle against Wanda Maximoff (Elizabeth Olsen) could have included the magical minotaur, from which some more scenes were cut (via comic book), along with Wong and Strange, and possibly other wizards from the temple.

Behind the scenes video of a #MultiverseOfMadness deleted scene of #Wong, Rintrah and Kamar-Taj sorcerers climbing Wundagore Mountain to find out more about the Darkhold! ? pic.twitter.com/ZPvFrCj1t8

Starring Benedict Cumberbatch once again, the sequel to ‘Doctor Strange (Doctor Strange)’ has used many references to previous Marvel movies and even the series ‘What if…?’ and ‘Scarlet Witch and Vision’. The possibility of including a cameo by Ryan Reynolds as Deadpool was also considered, but the idea was scrapped. It is possible that the physical (or digital) version of the film includes more references in deleted scenes that were shot but discarded in the cut.

On the other hand, a source collected by CBR has stated that in the original script we discovered that Wanda was the villain from the beginning of the film. Mordo, played by Chiwetel Ejiofor, was introduced at the beginning of the film visiting Wanda. Recall that Mordo had last appeared in a post-credits scene of the first installment of Doctor Strange. Well, in this scene he was going to present himself as the villain of the story. Bravely, the dark sorcerer seeks out Wanda to finish her off and make her intentions clear. but she ends up decapitating him, making it clear from the beginning that she will be the antagonist of the film. Right after this scene, America Chavez (Xochitl Gomez) and Doctor Strange would appear in the introduction that we already saw in theaters.

Although this information is not official, the movie poster contains a secret that could confirm it. In the image, we see to Wanda’s left what appears to be her house in the woods, with the Scarlet Witch leaning out the window and Mordo watching her from outside. Thanks to this Reddit user, we can take a better look at the image.

ScreenX poster for Doctor Strange in the Multiverse of Madness teased a deleted scene from the sequel’s first act with Wanda Maximoff and Baron Mordo.

Under Elizabeth Olsen’s left arm, we can see a log cabin that looks like the one that Wanda was in for her first…

The fact that this opening scene was cut from the final script could suggest that Marvel has other plans for Mordo’s character.