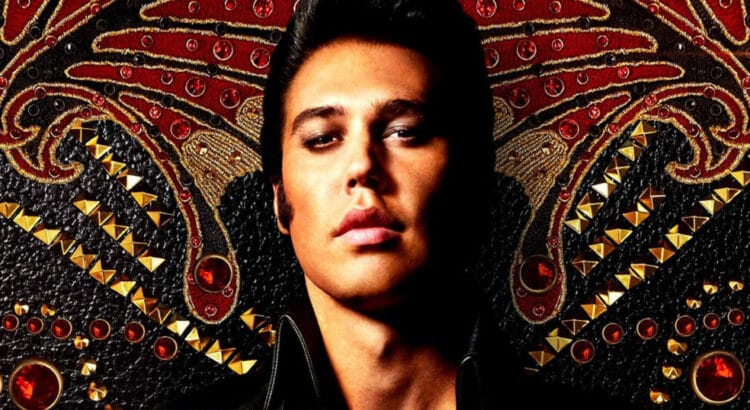 Baz Luhrmann’s Elvis Presly biopic premiered at the Cannes Film Festival today (to a ten-minute standing ovation) and the reviews have begun pouring out. it seems that Elvis is very much a Baz Luhrmann movie, which is either a very good thing or a very bad thing depending on how much you enjoy his previous work.

Variety‘s Owen Gleiberman called Elvis to “fizzy, delirious, impishly energized, compulsively watchable 2-hour-and-39-minute fever dream — a spangly pinwheel of a movie that converts the Elvis saga we all carry around in our heads into a lavishly staged biopic-as-pop-opera .“

THR‘s David Rooney said, “How you feel about Baz Luhrmann’s Elvis will depend largely on how you feel about Baz Luhrmann’s signature brash, glitter-bomb maximalism. Just the hyper-caffeinated establishing section alone — even before Austin Butler’s locomotive hips start doing their herky-jerky thing when Elvis Presley takes to the stage to perform “Heartbreak Hotel” in a rockabilly-chic pink suit — leaves you dizzy with its frenetic blast of scorching color, split screen, retro graphics and more edits per scene than a human eye can count. Add in the stratified, ear-bursting sound design and this is Baz times a bazillion.“

dead line‘s Pete Hammond praised Austin Butler’s performance as Elvis in his review, saying that he was an “ideal choice“for the iconic musician both”visually and vocally.” Hammond added that “Butler thrillingly succeeds, especially in the film’s first half, with an authentic rhythm that makes us wonder what greater heights Elvis could have climbed had he not succumbed to the dark side of his own fame.” As for Tom Hanks’ performance as Colonel Parker, Hammond says the actor “goes for it and nails the enigma of Parker, even if for fans his authentic accent may be a bit disconcerting.“

See also  With love, Victor: The 10 best duets on the show

Tom Hanks’ performance seems to be divisive as Justin Chang of the Los Angeles Times said that his work in Elvis is “hammy, grating and unmodulated to a fault, accomplished with a combo of fat suit, prosthetic jowls and over-the-top accent that makes Colin Farrell’s Penguin and Stellan Skarsgard’s Baron Von Harkonnen look positively restrained.“

MOVIE POLL: What Summer Movie Are YOU Most Looking Forward To?

David Ehrlich of IndieWire certainly wasn’t a fan of the film’s over-the-top style. “Luhrmann may be one of the most irrepressible maximalists the movies have ever known, and his new opus is perhaps the most visually anarchic Hollywood film since the Wachowskis’ 2008 ‘Speed ​​Racer,’Ehrlich said. “But it’s hard to find even ironic enjoyment in something this high on its own supply; something much less interested in how its namesake broke the rules than it is in how its director does, and something tirelessly incapable of finding any meaningful overlap between the two.“

For a film clocking in at 159 minutes, it sounds like Elvis doesn’t spend a lot of time sitting still. “Luhrmann — never a storyteller to dilly-dally too long in any scene — steers his film like a Mystery Train that could derail at any moment,write IGN‘s Jim Vejvoda. “Thankfully, it doesn’t, but that breakneck speed doesn’t leave much time to emotionally take stock of certain major events, such as the death of Elvis’ beloved mother, Gladys (a melancholy, anxious Helen Thomson). We witness the aftermath of her death of her but for the worst tragedy of Elvis’ life of her, her actual demise of her is handled in as much time as a commercial break.”

The official synopsis for Elvis:

From Oscar-nominated visionary filmmaker Baz Luhrmann comes Warner Bros. Pictures’ drama “Elvis,” starring Austin Butler and Oscar winner Tom Hanks. The film explores the life and music of Elvis Presley (Butler), seen through the prism of his complicated relationship with his enigmatic manager, Colonel Tom Parker (Hanks). The story delves into the complex dynamic between Presley and Parker spanning over 20 years, from Presley’s rise to fame to his unprecedented stardom, against the backdrop of the evolving cultural landscape and loss of innocence in America. Central to that journey is one of the most significant and influential people in Elvis’s life, Priscilla Presley (Olivia DeJonge).