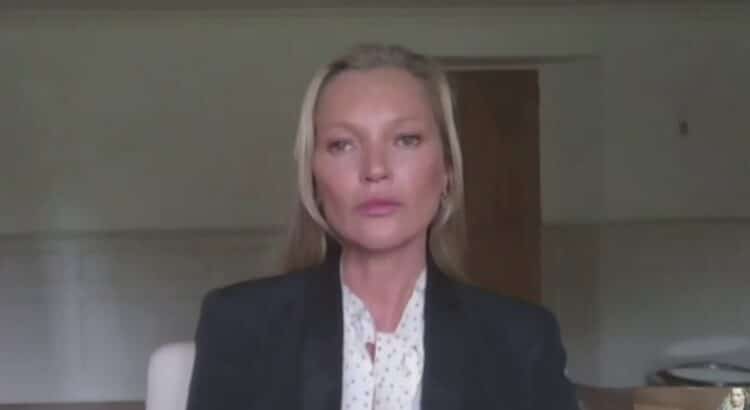 While testifying about a fight in 2015, Amber Heard admitted she struck her ex-husband, Johnny Depp. She said she did it because Depp took a swing at Heard’s sister while Heard’s sister was standing at the top of a staircase. The testimony was part of a trial in which Depp is suing Heard for defamation, claiming she falsely referred to him as an abuser. If Heard can establish that Depp did, in fact, abuse her, it’s a defense to defamation. (Both parties deny abusing the other, and Heard has countersued Depp.)

One of Depp’s attorneys gave a fist pump. In the hushed, cerebral atmosphere of a courtroom during a trial, he might as well have spiked a football and done an end zone dance.

During her testimony, Heard tried to explain why she admittedly resorted to violence against Depp, but in the process she made what looks like a costly misstep. It was so fast you could have missed it — but Depp’s defense team didn’t: Heard justified laying hands on Depp by alluding to the rumor that Depp had pushed model and then-girlfriend Kate Moss down the stairs many years earlier. Heard testified that at the time, “I don’t hesitate. I don’t wait. I just, in my head, instantly think of Kate Moss and stairs.”

A seemingly minor statement, but not to Depp’s legal team. One of Depp’s attorneys gave a fist pump. In the hushed, cerebral atmosphere of a courtroom during a trial, he might as well have spiked a football and done an end zone dance. In a high school football game, he would have been penalized for excessive celebration.

That’s because simply mentioning Moss allowed Depp’s team to call Depp’s former girlfriend to the stand and rebut Heard — which she did Wednesday via videoconference. Moss testified that it was an innocent slip that sent her down the stairs at a resort in Jamaica during her relationship with Depp in the 1990s.

Not only that, but she testified that Depp “came running back to help me and carried me to my room and got me medical attention.” Moss flat-out denied that Depp pushed her. “He never pushed me, kicked me or threw me down any stairs.”

Heard claimed she attacked Depp because she believed that Depp had thrown Moss down a flight of stairs before. But Heard was wrong about that, Moss said. So the jury now knows that Heard justified an attack based on something that apparently never happened.

Heard’s comment about the Moss rumor had “opened the door” — one that otherwise would most likely have stayed shut.

We don’t know whether the judge had explicitly barred Moss’s participation in the trial before Heard mentioned her and, if she had, on what grounds. But once Heard raised the issue, Depp was allowed to introduce evidence and testimony to counter (or “impeach”) what Heard said about Moss — even if Heard uttered Moss’s name only once. It takes just a single gaffe to find a friendly witness like Moss testifying on behalf of your opponent.

“Opening the door” is an evidence term that makes trial lawyers skittish. It might as well be called “stepping on a land mine” or “shooting your case in the foot.” It usually means that evidence harmful to one party was previously excluded from the case by a judge, denying the other side the ability to mention it during the trial. Then that party or lawyer accidentally refers to it themselves. In which case, the opposing side can then empty a dump truck of that harmful evidence all over the trial.

Why might evidence like this have been excluded in the first place? There’s a pretty strong argument that a jury might want to hear about other people Depp may have allegedly attacked. But the reality is that not all evidence is admissible at a trial. Sometimes, even relevant evidence is unacceptable. For example, evidence that Heard believed Depp was abusive to Moss might be relevant; it would certainly be interesting to a jury. But a judge must conduct a balancing test. The judge has to look at how relevant that offered evidence is versus whether the relevance is substantially outweighed by the unfair prejudice of that evidence. In other words, relevant evidence can be excluded if its relevance is heavily outweighed by the likelihood that it will unjustly poison the jury against Depp or Heard.

On top of that, the Moss incident is classic “character” evidence: good or bad things that people did in the past to others. This evidence is generally not admissible in a civil case at all, because it distracts the jury from the main issue and it doesn’t tend to prove the specific issues in the case.

I understand why Depp’s team was celebrating Heard’s mistake. But I also feel for Heard’s legal team. It undoubtedly felt the gut punch from Depp’s lawyer’s fist pump but had to soldier on as if nothing were wrong. Heard can’t be faulted — it’s hard for any witness to keep the rules of evidence straight while also testifying about emotional experiences. Even if her legal team prepped her as well as possible, no witness is perfect; even professional witnesses, like experts and police officers, slip up.

Heard and Depp have hardly been perfect witnesses. Sometimes they’ve been unmitigated disasters. It’s part of why we’re all watching in the first place.

Danny Cevallos is an MSNBC legal analyst who practices in the areas of personal injury, wrongful conviction and criminal defense in Pennsylvania, New York and the US Virgin Islands at the law firms of Cevallos & Wong in Pennsylvania and Edelman & Edelman in New York, where he is of counsel.