The Avengers Campus of Disneyland Paris already has an opening date 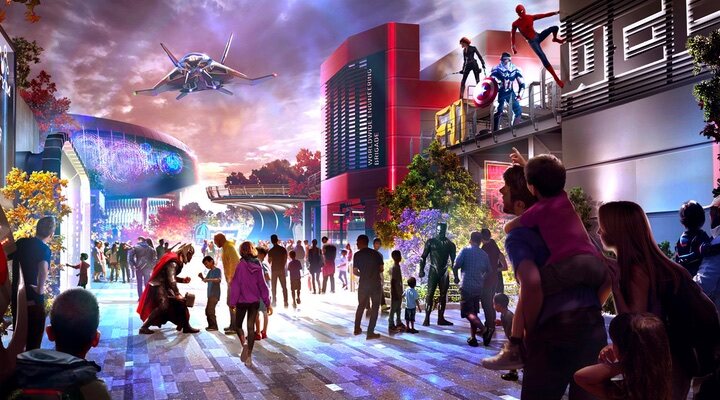 Calling all aspiring superheroes and superheroines. Your favorite Marvel characters are about to arrive at Disneyland Paris. As we already knew, part of Walt Disney Studios Park, the second park of the European resort, was being transformed into the delegation on our continent of the Avengers Campus, a thematic area dedicated to the Avengers. Iron Man himself has been in charge of announcing that the opening date of the European Avengers Campus will take place on July 20.

This summer, Disneyland guests will be able to tour the new heroes training complex and take photos with their favorite characters both on the streets and in the training centerwhere they can take spectacular photos captured by 27 cameras around them, and even face Star-Lord and Gamora in a dance battle (these encounters can be booked through the park app).

At its opening we can enjoy two main attractions. The first is Aerosmith’s roller coaster transformation in ‘Avengers Assemble: Flight Force’.in which we will accompany Iron Man and Captain Marvel on an intergalactic journey to save our planet, which already begins with a propelled launch that will leave us breathless. It will also open its doors ‘Spider-Man: WEB Adventure’, the attraction in which we can feel like Spider-Man himself launching webs with new motion capture and virtual reality technology. The objective? Capture the elusive and rather lovable Spider-bots that have gone a bit rogue. Both Brie Larson and Tom Holland will be seen on the rides.

The Avengers Campus will also feature several restaurants. In Pym Kitchen we will be able to enjoy food increased or reduced in size with Ant-Man technology. At Stark Factory we will enter the hangars of Stark industries to taste pizzas, pasta or salads. The Super Dinerarias is a typical American restaurant. And outside we will find the WEB foodtruck with noodles. Obviously, we can also find merchandising stores with exclusive products from Marvel characters and the park’s attractions, with the possibility of creating our personalized Spider-bot.

See also  RHOBH: Why do fans think this may be Lisa Rinna's last season?