Don McLean Pulls Out of NRA Convention After Texas Shooting 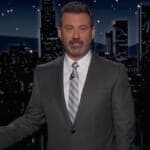 Don McLean will not be performing at the upcoming National Rifle Association convention in Texas following the tragic shooting at an elementary school in Uvalde earlier this week.

“In light of the recent events in Texas, I have decided it would be disrespectful and hurtful for me to perform for the NRA at their convention in Houston this week,” McLean said in a statement provided to TheWrap. “I’m sure all the folks planning to attend this event are shocked and sickened by these events as well. After all, we are all Americans. I share the sorrow for this terrible, cruel loss with the rest of the nation.”

The NRA will be holding its convention in Houston from May 27-29, despite calls for the organization to cancel the event in light of the shooting. McLean was scheduled to perform as part of the NRA’s Grand Ole Night of Freedom concert on Saturday evening.

On Wednesday, the NRA issued to statement saying that the event would continue as planned. Prominent Republicans including former President Donald Trump and Texas Governor Greg Abbott are slated to attend and give speeches.

The gunman entered Robb Elementary School on Tuesday and killed 19 children and two adults. Authorities said that he was inside the school for about 40 minutes before Border Patrol shot and killed him.

admin
See also  Review of 'McCurry, the search for color': portrait of a genius