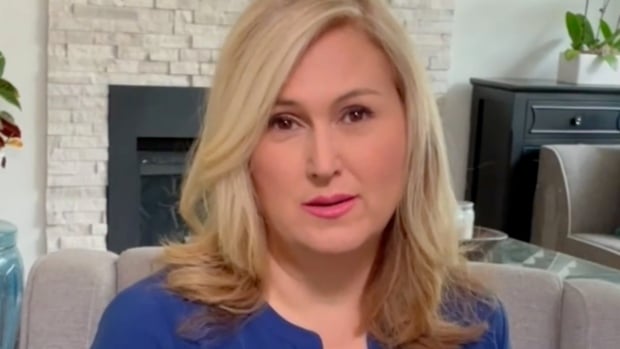 TORONTO — Three days after former Q107 radio host Jennifer Valentyne made allegations of workplace harassment, Corus Entertainment Inc. has placed the station’s “Derringer in the Morning” show on hiatus as it undergoes an ethics investigation.

On Sunday, Valentyne posted a 12-minute video to social media in which she described experiencing years of verbal abuse and gender discrimination by an unnamed co-worker.

Valentyne says in the video, “What would you do if a co-worker screamed at you, belittled you, called your names, shut you out, brought you to tears, and then laughed when he told you to cry all you want? That he didn’t feel one bit sorry for you, and let you know with utter conviction that if you went to HR, they would choose him? … Like so many women, I have put up and shut up.”

In the days since, several former Corus employees have made similar allegations against the show’s host, John Derringer, and the company, which some say turned a blind eye.

The Canadian Press made multiple attempts to contact Derringer for comment, but he did not respond. Corus said Valentyne shared her concerns years ago and the broadcast company took action to review them at the time. It also noted a Canadian Human Rights Commission process related to the allegations is continuing.

The company added that it has received new information over the past few days and has hired Rachel Turnpenney from Turnpenney Milne LLP to conduct an external investigation. Derringer’s show will remain on hiatus while the investigation is underway.

“Any concerns involving employee experience are of the utmost importance to us and we are committed to listen, learn and take any appropriate action,” the company said, adding it will not comment further during the investigation.

Though she never worked face-to-face with Derringer, Davis says he actively “bullied” her on the airwaves while she hosted 98.1 CHFI’s “Morning Show.”

“He took shots at me constantly; it was disheartening. Like, why me? I always thought, there’s bounty enough for all, but he saw someone who would n’t or could n’t fight back and he went after me relentlessly, ”she said in a phone interview from her home de ella in Victoria, BC

Another woman, Jacqui Delaney, who is now director of parliamentary affairs for Senator Leo Housakos, spoke out on social media about her experience when she worked on Derringer’s show in 2002, and quit after two months because of the “toxic” atmosphere.

“From very early on when he had an outburst with me, I had made the decision that that’s not what I signed up for and that it would either need to change immediately or I would be gone – and management agreed with that assessment,” Delaney said in a phone interview with The Canadian Press from her home in Ottawa.

Delaney says she had been Derringer’s third co-host in a short period of time, something management acknowledged was a “problem” even prior to her arriving. After her initial complaints from her, they moved her to a separate booth, but the verbal abuse persisted at a level Delaney says she’d never experienced before.

“I left with the understanding that they would be keeping an eye on him and keeping him in check, and that they would be taking steps to make sure this didn’t happen to anybody else. That’s why I was so appalled when I saw Jen’s video of her, I could n’t believe that all these years later, she was describing the exact same behavior that I had seen.

Davis says she believes the broadcaster allowed Derringer to continue because “if you take him off the air, you’re going to lose money.”

“And in the end, all of the co-hosts, the revolving door of females who sat in the chair opposite him, were eminently expendable, and weren’t going to say anything, because (the company) would always take Derringer’s side. ”

The toxic workplace allegations surrounding Corus, however, are not exclusive to gender discrimination. In a 2020 Vice story, a dozen former and current employees described the company as being host to a culture of racist microaggressions.

Supriya Dwivedi, a former Toronto radio host for Global News, whose parent company is also Corus, parted ways with the workplace that same year after she made multiple complaints regarding co-workers spreading racist misinformation that she says went unheard.

Her time at the company overlapped with Valentyne’s, and she recalls often running into her in the bathroom, where she would find her “visibly upset, shaken, crying.”

Dwivedi adds, “It was known what she had to deal with. … Companies can put out all the well-crafted statements in the world, but if they’re not actually doing the work to improve the workplace environment and ensuring that toxic behavior is not tolerated, then ultimately, everything is just window dressing. ”

Until this change comes, she says, “I’m really not sure how we’re supposed to encourage other young women and other young racialized journalists to get into the industry.”

While Delaney hopes to see Corus acknowledge the alleged events of the last two decades, Davis says, “I’m just so proud and grateful to Jennifer Valentyne. She had so much to lose. Once you’re labeled a troublemaker in this business, you’re done, and it’s been that way forever. And that’s why women have never spoken up.”