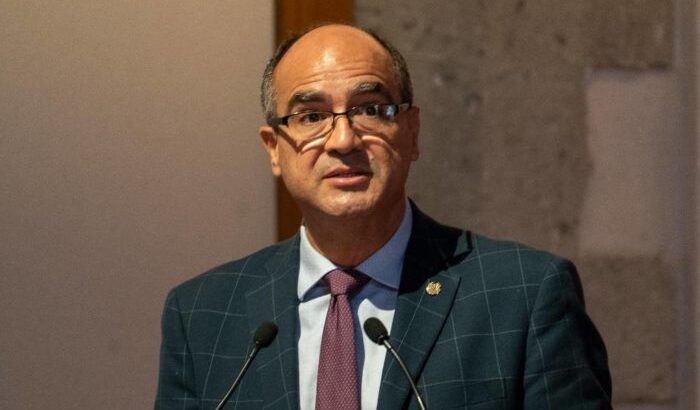 Within the framework of the Imitation, adoption and innovation in Mesoamerica colloquium, organized by El Colegio Nacional, researcher Leonardo López Luján gave the presentation “Superpredators in the offerings of the Templo Mayor of Tenochtitlan”in which he shared the discovery of animal remains amounting to tens of thousands of individuals, belonging to more than 500 species.

There he announced that before the end of the year, the institution will publish a volume on the animals of the sacred precinct with more than 50 chapters that brings together the work of the project and many collaborators, among them, Alfredo Lopez Austin and of William Olivier.

“Perhaps the most spectacular thing we have found in recent times is biodiversity. In a single offering we have found more than 117 different specieswhich speaks of the interest of the priests, not to put many specimens of the same species, but to mark a diversity”, stressed the director of the Templo Mayor Project.

Many of the offerings in which this type of remains are found make up a microcosm, since the objects contained are meticulously organized based on the cosmogony of the ancient inhabitants of Tenochtitlan: “miniature representations of the universe as it was conceived by the Nahua and his contemporaries; or of a portion of that cosmos. For example, in the most complex offerings, the priests placed marine organisms at the bottom, alluding to the aquatic underworld.

In the offerings are found imported speciesin some cases from very remote areas, from the deserts of the north to the tropical jungles: “For example, the roseate spoonbill is a very common bird in the offerings of the Templo Mayor, but it is a migratory bird that did not reach the basin of Mexico, but was distributed along the coast of the Gulf of Mexico, from the United States to Argentina.

He mentioned that thanks to the analysis of the biological materials of the offerings it was possible to determine that some of these animals lived in captivity: “they were here in the famous vivarium, in the misnamed ‘Montezuma Zoo’, in the royal palace, which is mentioned by all the chroniclers of the 16th century. (…) Now we know what they fed the eagles with. Cortes spoke of chickens, but obviously there were no chickens here; and I always thought they were turkeys, but no, they were fed quails”.

Leonardo López Luján emphasized the paraphernalia around six specific species of apex predators, that is, those that do not have a natural predator: “we have found 32 apex predators that have badges, but only these six – the wolf, the puma, the jaguar, the falcon, the eagle and the hawk – are the ones that are dressed and ornamented”.

He concluded that “the meaning of all these ornaments and insignia points, in many cases, to the warlike order, to the military order”, since the animals buried in the offerings are oriented towards the east, as if looking towards where the sun sets, ” we link them with the souls of the deified warriors who accompany the sun on its journey through the sky”.