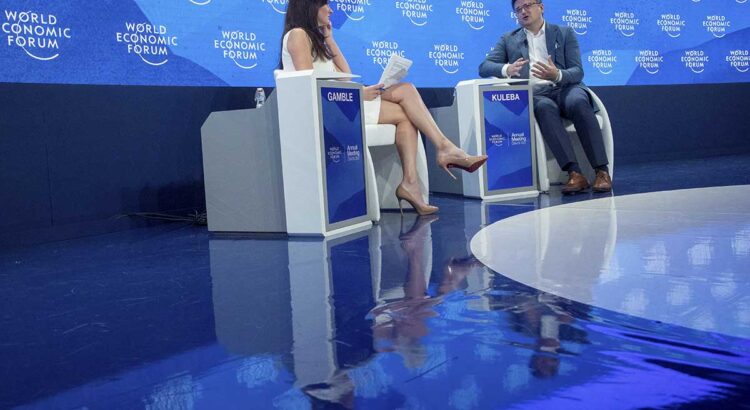 The Foreign Minister of Ukraine, Dimitro Kuleba called on world leaders to “kill Russian exports” so that Russia does not invest its profits “in the war machine to kill and destroy.”

During his participation in the World Economic Forum in Davos, Switzerland, he assured that the Ukrainian economy is suffering more from Russian attacks than the Russian economy from sanctions against it and that the price of each delay in decisions translates into the loss of lives and territory.

He added that the world’s taxpayers should not pay for Russian aggression, and suggested that “we should make Russia pay” by seizing assets.

“If we allow President Putin to continue this military madness,” he said, “the crisis will only deepen,” so “We cannot afford to be complacent about war.”

In addition, he categorically rejected the idea of ​​Ukraine ceding territory to appease Russian President Vladimir Putin. “Making concessions failed between 2014 and 2022, which ultimately brought us all the biggest war in Europe since World War II.” assured.

On the possibility of reaching a peace agreement, Kuleba said that “If Russia had preferred dialogue to war, it would have behaved differently.”

He called Russia’s offer to open a humanitarian corridor to allow food ships out of Ukraine in exchange for sanctions relief as “blackmail.” “This is clear blackmail. We cannot find a better example of blackmail in international relations.” pointed.

See also  'Life is Strange: True Colors' has a trailer, release date, and will be out at once

The Ukrainian foreign minister assured that his country still has an urgent need for arms supplies: “When you are at war you need everything, and as long as the war continues, more needs to be done.” In that regard, he called on world leaders to provide more heavy artillery to Ukraine.

Asked if Ukraine will ever join NATO, he replied that His priority right now “is to win the war.” “This is the war for our existence and our identity. This is the war between Russia as a state and the people of Ukraine, and it is impossible to win a war against the people,” he said.