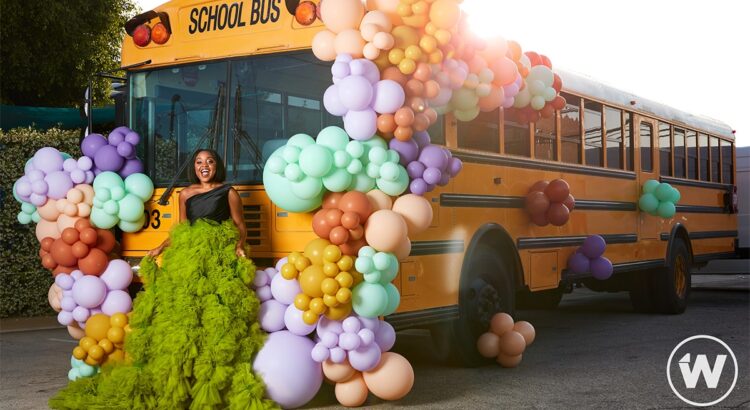 This story about Quinta Brunson first appeared in The Race Begins issue of TheWrap’s awards magazine.

In a TV world increasingly crowded with options, it’s harder than ever to not only cut through the noise but become a genuine hit. Yet Quinta Brunson’s sitcom, “Abbott Elementary,” managed exactly that when it debuted in early 2022 — not on a streaming platform or premium cable network where you’d expect to find an internet-bred comic, but on ABC.

Brunson plays Janine, an optimistic young teacher at an underfunded Philadelphia elementary school. Janine isn’t naïve; she knows that the world wo n’t always play fair with her or her students of her. But even when the school and the system around her seem completely broken, she hopes so badly that she can find a way to carve out a space for her students to be their best selves from her.

Brunson herself has been carving out space since she first entered the scene creating digital comedy. She’s shown her comedic chops in a number of other projects, most notably HBO’s “A Black Lady Sketch Show,” but “Abbott Elementary” is the first series she has solely created. And as the show’s star and its primary creative voice, she’s made something that audiences are flocking to, while putting a fresh spin on broadcast TV and on the mockumentary format.

You started your career in the wilds of the internet, on Instagram and YouTube and BuzzFeed. But you have managed to translate that into the rarest of all accomplishments: a network hit. How did that journey prepare you for your success with “Abbott Elementary?”

I think it prepared me for leading a ship and learning how to be a good leader, how to express what’s going on in my head to groups of people. And maintaining positive creative relationships while doing those things. I’ve always been very good at talking with people and communicating with people, and that comes in handy more than people know. I think artists and people who make things sometimes don’t think that other skills are important, but it’s important to know how to sell.

Also, just knowing what hits with the internet, I think, you have played a vital role in “Abbott Elementary’s” success. It’s not a show made for the internet by any means, but there is humor that I hope “Abbott” is bringing to network television that wasn’t quite there before. I hope it’s bridging the gap a little bit instead of thinking like, “Oh, this show is made for my mom or my grandparents.” It’s made for the family and everyone, all ages.

Did you have an affection for TV growing up?

Absolutely. Loved television so much. Loved, loved comedies. Just a genuine love, where I was thinking about how much I watched Nick at Nite and had a very personal relationship with TV. I think because I was kind of the last kid in my house and I was the youngest, so it was really just me and the TV a lot.

Did you have favorite shows?

Yo hice. I was thinking recently about how much I used to like “The Brady Bunch.” I really loved that show. It was on Nick at Night all the time and it was already an older show by the time I was watching as a kid in the ’90s. I just loved it. It was my favourite. And then I loved “The Fresh Prince of Bel-Air.” I loved “Martin.” I loved “Even Stevens” and “All That.”

“All That” doesn’t get talked about enough. I really thought it was cool that it was this kids’ “SNL.”

Listen, we can spend the rest of our time talking about “All That.”

It was just such a good show.

I’ve read that you wanted to be in comedy since you were a child, but did you ever entertain the idea of ​​being a teacher like your mom?

I never really entertained it. I always felt, which is horrible, “They don’t make enough money. I can’t be one. I’m not that virtuous or good or patient.” Which is why I think they should get paid more.

One thing I love about the show is that we’re seeing good people doing their best in a profoundly broken system, which I think resonates in a lot of different ways. What makes that narratively interesting to you?

I find it fascinating. But it’s not like I encourage it. I do wish the system was just fixed, but I find ordinary people’s resistance to be fascinating and the strongest thing there is. That’s what was really appealing to me about making a show like “Abbott.” These people just have to teach these kids. They just have to. And I think in my life, I was getting a little exhausted of having the time and the space and the energy to talk about politics 24/7. My teachers don’t have that time. They are affected by the political decisions that are made, but at the end of the day, they have to do that job. They have to go home, they have to do that job. That’s it. End of story. And I think that it is fascinating. I value it very much, not because I think it should be the case, but because it is the case.

See also  "The PRI went from a state party to a meme": Fabrizio Mejía

It’s triage. They don’t have time to examine the war because they’re too busy setting broken bones in the field.

Other shows or movies might show them as, “Woe is me” in the school, but that’s not how many people are. They find their joy, they find their fun, they find their funny. You would think nobody ever laughs in a hospital, but you’ll go in there and see people, and that’s the kind of weird beauty and sickness of humanity. But I find it to be really resilient. And what I always saw in my mom and her colleagues is happiness, despite the circumstances.

Is it difficult at all to balance that sense of hopefulness and hopelessness?

We started with a very empathetic writers room. They’re all fantastic writers and funny as hell. And they got the ethos of the show after people saw the pilot. When we hired them, there was a certain empathy we were looking for without asking them to have it. It’s just something you could see, something you could feel. And I think that empathy is really necessary for this kind of storytelling.

Is there something about the mockumentary format that you think lends itself to that?

What do you feel that is?

It’s personal. I wanted the audience to feel like they were at Abbott, like they worked there, too, and that automatically changes how you look at a teacher show. We would be laughing with our teachers instead of at them. And when they hurt, you hurt, because you’re with them.

When I got the idea for it, I was watching my mom and I was sitting at her desk. What gave me the idea for the mockumentary style, as a fan of it, was I felt I was in the room with her in that moment watching a very beautiful thing happen. But I’m not watching it as a complete outsider. I’m in here.

Tell me about collaborating with Randall Einhorn, a mockumentary expert from his time on “The Office” and “Parks and Recreation.”

It was incredible to get Randall. We were searching for a director, and I wanted someone who had done mockumentary before. It wasn’t something that everyone necessarily saw as important, but for me I was like, “We need someone who speaks the language.”

It’s a whole different ball game. I don’t think everyone can do it. It’s crazy. So when we interviewed him, he told us what he liked about the pilot and I was like, “He gets it.” He got what was special about the show, and he got why we needed to be in the mockumentary world.

How much of Janine is in you?

I’m like 3% Janine. If that. She’s very peppy, very optimistic and very necessary, I think. Actually, Janine was inspired by a friend of mine who’s so optimistic, to the point where, when I first met her, I couldn’t stand it. And over time, she became one of my favorite people in the world. Her ability to have optimism when no one else has it—people like her keep the world moving. People like her are who make tomorrow possible, because if everyone was a pessimist, we’d be in the ground already.

There’s a difference between being a realist and a pessimist and an optimist. I think I’m way more realistic.

Which “Abbott” character do you relate to the most?

Barbara (the veteran kindergarten teacher played by Sheryl Lee Ralph). And then sometimes Ava (the vain, eccentric principal portrayed by Janelle James), but that’s because a lot of the things I say out loud in the writers’ room wind up becoming Ava lines.

Are you getting subtweeted by your own writers room?

I know, I know. It’s so funny, but it’s also just so ironic. Ava does nothing all day and I do a ton all day but I still say things that are like…

(laughs) Yeah. And they’d laugh at me and say, “I’m putting that in.” It’s very funny. We’d get a final script and I’d be like, “Why is something I said in the writers room in here?”

Read more from our The Race Begins issue here.