The ‘Ellen Show’ Ended with a Whimper, But What Else Could It Have Done? 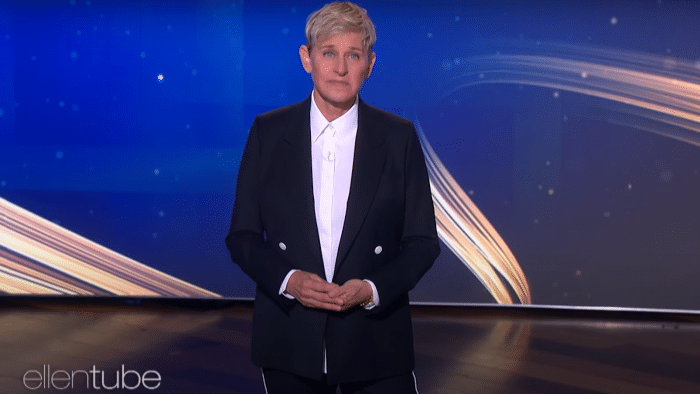 After 19 seasons, 3,280 episodes, 61 Daytime Emmy Awards, and countless dance numbers, The Ellen DeGeneres Show came to an end this week. It’s undoubtedly the end of an era for the daytime talk show, with DeGeneres becoming arguably as a major name in the increasingly crowded field as Oprah. For a while, it was the most-viewed show in its slot aside from dr phil, an unbeatable entertainment force that turned DeGeneres into one of the most highly-paid people in Hollywood. And yet her show from her ended not with a blow-out celebration finale but with a sigh. The former leader of the pack just trailed away. We all know why this happened, of course.

DeGeneres, who had made her name as being the face of wall-to-wall niceness, couldn’t fight back against years of open secret conversations about her behind-the-scenes nastiness. Her Be Kind brand took a massive beating when, after years of whispers, reports emerged regarding the show’s toxic workplace culture. The executive producers were accused of harassment. Racist microaggressions were reportedly common. Workers were shafted at every opportunity, including when dealing with serious health issues. An internal investigation led to some firings and DeGeneres offered apologies of varying levels of sincerity. By then, however, the damage was done. The workplace reports led to a startling drop in viewership, with some calculating that The Ellen Show lost a million viewers in this short space of time. Soon thereafter, DeGeneres officially announced that the show would end in 2022.

I had previously theorized that The Ellen Show would go all-out in its concluding season. Much like Oprah’s final season, where she brought out all the big guests and lavished her audience with gifts, I thought that DeGeneres would try to end her legacy on a high note with a best-of flurry of everything that made people love her in the first place. Despite the dents to her image of her, she still commands a lot of fan adoration, especially with that core demographic who pushed her into superstar status. That didn’t really happen. Instead, things muddled on as normal, with DeGeneres looking uninterested in her own proceedings. She danced half-heartedly, she interviewed celebrities but only seemed truly invested in those who were her friends of hers, and she listened to a lot of arse-kissing goodbyes. Guests like Chrissy Teigen lavished thanks on DeGeneres for being ‘goals in a million different ways.’ Justin Timberlake and Jennifer Lawrence (the latter via phone) followed suit. ‘You are as kind as you see,’ Pink declared. It was standard stuff for the final week of a major series but, coupled with what we know about DeGeneres’s behind-the-scenes behavior and possible ineptitude of her as a boss, it did n’t give off the sweet vibes they were hoping for. . Of course, the celebrities think she’s awesome: they’ve never been her employee of her.

In her final episode, DeGeneres talked a lot about the obstacles she’s had to overcome in her career. It’s been 25 years since she came out as gay, along with her on-screen counterpart de ella in her sitcom de ella, breaking a major glass ceiling right before the homophobic right de ella pushed her out of the limelight via boycotts and protests . DeGeneres would later reveal how, following the show’s cancellation, she spent a lot of time out of work and was deemed unhireable because of her sexuality. The talk show turned her into a superstar, the kind of celebrity with the power to get Presidents to dance for her and move the needle in terms of LGBTQ+ representation. At the start of her talk show, DeGeneres confessed in the finale, she was told not to talk about her sexuality at all. Then it became totally normal for her to discuss her life with her wife. That progress certainly matters, especially as queer rights face further pushback from the conservative right. But for a lot of people, this will now always come secondary to the ways she treated those beneath her the moment she accrued a modicum of hard power.

The world of daytime talk shows is a surprisingly hard field to be successful in. Consider all the people who have failed at getting viewers to tune into their various syndicated efforts over the years: Anderson Cooper, Kris Jenner, Fran Drescher, Katie Couric, and Queen Latifah to name but a few. It’s a crowded market and one that depends on pure luck as much as skill. But that doesn’t mean you don’t have to work your whole ass off to make it happen. DeGeneres did that and perfected her formula of breezy niceness, celebrity banter, community, and a hint of edge to her jokes about her. If Oprah was your mentor, Ellen was your friend. It clearly became exhausting keeping up that ceaseless energy, and the past few years of DeGeneres’s tenure were far wearier in tone. She often seemed trapped by her own success, barely interested in her guests or audience unless it was for weirdly cruel remarks or pranks. By that point, the brand was so impenetrable that it hardly seemed to matter if DeGeneres cared.

But it’s now 2022 and those who followed in Ellen’s footsteps have overtaken her. Both Kelly Clarkson and Drew Barrymore host daytime talk-shows that are very much cut from the same cloth as DeGeneres’ efforts but with that fresh spark of joy that’s sorely been missing from hers for quite some time. Both are vibrant hosts who are industry mainstays, and both seem truly thrilled with their positions. Barrymore is an extremely warm interviewer while Clarkson brings real energy to each segment. Both also utilize those viral moments as effectively as DeGeneres, which is where the real clout is as TV ratings continue to wane.

I wonder if DeGeneres simply wanted things done with a neat bow on top and minimal drama. Perhaps a more dramatic final season would have inspired too much negativity, especially since her apologies for all that toxic behavior never felt entirely genuine. Oprah closed the door on top while Ellen was somewhere between a joke and a pariah to many former fans. Where else could things go? It’s a tainted legacy, to be sure, but DeGeneres will return at some point. She’s still a major producer, her stand-up shows sell out in minutes, and she runs her own charity focused on animal conservation work. Maybe people will embrace her once she’s free of the crumbling image of perpetual niceness. Whether or not audiences need her in this age is another question.

Kayleigh is a features writer and editor for Pajiba. You can follow her on Twitter or listen to her podcast, The Hollywood Read.