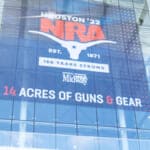 On Friday’s episode of MSNBC’s “All In,” host Chris Hayes had harsh words about the astonishing cowardice of police during the Uvalde, Texas school massacre, who said no longer deserve the benefit of the doubt on anything they say.

He also pointed to the murders of the 19 children and 2 teachers in Uvalde — and the horrifying refusal of local police to stop it — as yet more proof that the pro-vigilante, pro-guns policies pushed by the NRA and allies in the Republican party, are “BS.”

“There is no reason to take anything anyone from law enforcement in the situation says a face value, full stop,” Hayes said during his remarks Friday. “So that’s what we have now, but it does seem confirmed, even as we likely more in the coming weeks, the worst possible set of facts appears to be the true one. That the police utterly failed, with their guns. The good guys with guns in the school utterly failed to protect those kids. They set up a cordon outside the school, and yelled at and threatened and prevented parents from rushing in, even it seems as the gunman was still inside.”

Hayes was of course talking about the almost impossible-to-believe details about the mass shooting that have come to light. Initially, law enforcement officials spun stories of bravery and heroism, claiming they risked their lives to prevent more deaths and had behaved with honor. It turns out that those accounts were lies.

Since Tuesday, the official story from police has changed several times, but the details now seem to make it clear that what happened is that for more than an hour, Uvalde police refused to confront the shooter and also prevented other people from doing so. They detained, harassed and even arrested parents who begged them to save their children. They also, supposedly, prevented federal law enforcement officers from going in.

Worse, they appear to have later gathered outside of the classroom where the shooter was holed up, doing nothing. All the while, for almost an hour, children who hadn’t yet been killed by the gunman were desperately, and repeatedly, calling 911 begging for help. It’s almost certain now that their refusal to act likely increased the number of dead children — at least half of the class taken hostage by the shooter was still alive when 911 calls started. And these cops are still claiming they didn’t think it was an active shooter situation. 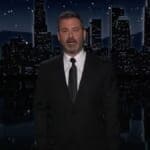 Making it worse, the excuse these officers are hiding behind is that — and we swear this is not a joke — they were scared they might get shot. As of this writing, no one has been able to explain these astounding moral and professional failures by a police force that eats up 40% of the town of Uvalde’s budget.

Hayes went on to argue that this horrific series of events also proves that the main rhetorical point people opposed to gun control make — that only “a good guy with a gun” can stop “a bad guy with a gun” — is false.

“In addition to the police response being an unfathomable failure, it is also just a profoundly upsetting demonstration of the bankruptcy of the arms race theory of violence prevention,” Hayes said before playing a clip of Wayne Lapierre, head of the National Rifle Association, making that argument.

“This decades-long project outlined by Lapierre, 10 years ago,” Hayes went on. ‘Just give everybody guns and arms and increasingly militarized police force, more and more money, more and more weapons, make sure they all have SWAT teams. They all need to have SWAT teams, because you never know.’ So, if one of the weapons ends up in the hands of a bad guy, we’re gonna have a parliamentary unit that is trained to go in there and stop them. It’s all BS!”

Watch the entire opening segment of “All In With Chris Hayes” at the top of the page now.