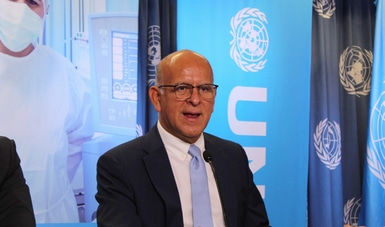 The Health Institute for Wellbeing (Insabi) and the United Nations Office for Project Services (Unops), awarded 91 percent of keys for medicines and medical supplies for the supply of the second half of 2022.

From the requirement requested by Insabi, 576 codes were awarded corresponding to 320 medicine codes and 256 medical devices and supplies. 128 companies from seven countries participated in the procedure: Argentina, Brazil, Chile, China, Cyprus, India and Mexico, which guarantees continuous supply for the second half of 2022.

The head of Insabi, Juan Antonio Ferrer Aguilar, stressed that the objective of working in coordination with Unops is to reach 100 percent of the keys that the country requires, according to a statement from the Institute of Health for Well-being.

“There should be no excuse for Mexico to have 100 percent of the codes of medicines and healing material that the Mexican population requires, both for beneficiaries and for people without social security. We have dedicated ourselves to this for two years with Unops.”

He recalled that, due to the Covid-19 pandemic, there were affectations in the manufacture and transport of goods; however, Mexico spared no effort to enter the world market to obtain 100 percent of medicines and healing materials.

Ferrer Aguilar confirmed that the supply of medicines is covered. He stated that UNOPS has complied and 100 percent of the oncological keys have been delivered. He reiterated that President Andrés Manuel López Obrador instructed the Armed Forces to make emergency deliveries of medicines and healing material throughout the countryin order to guarantee supply.

He stated that the consolidated purchase of medicines has benefited the Mexican market by providing opening for all companies to participate in equal conditions in the market research and public bidding processes, actions that are under the care and supervision of the Ministry of Public Administration (SFP).

He pointed out that the volume of medicines purchased is estimated at 1,219 million piecesand, together with Unops, an estimated saving of almost 19 billion pesos has been achieved.

He added that with the savings achieved, it has been possible to acquire a greater quantity of medicines and healing material, so the relationship with Unops has been beneficial.

He emphasized that the dependency in charge is working for the consolidated purchase 2023-2024, for which all the Health sector dependencies are also involved. He announced that in approximately one week the number of keys to be acquired could be announced, depending on the requirements of each Institution. 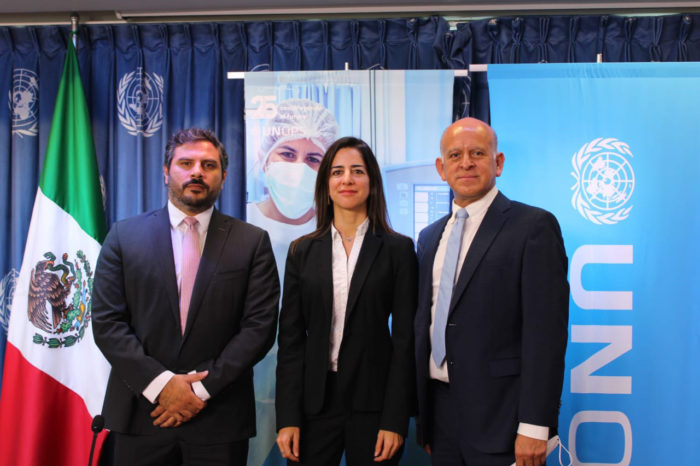 The deputy director for Latin America and representative of Unops in Mexico, Giuseppe Mancinelli, commented that some of the objectives of this joint purchase with Insabi is to manage the timely supply of medicines, promote transparency and prevent corruption, through a fair and equitable public management framework with a view to expanding the market and achieving the best quality at the best priceso that each Mexican and Mexican have access to medicines, supplies and medical devices of international quality.

Mancinelli highlighted the improvements that Unops, Insabi and the national and international market have achieved in the last year in acquisitions, such as the reduction in payment times and the reduction of ineligible offers. Better planning has also been achieved, since contracts are being signed, which will allow companies to start manufacturing with timeachieving the supply in the month of July.

Insabi and Unops maintain a continuous supply of medicines, supplies and medical devices for the first and second half of 2022. More than one million pieces of medicines and medical supplies from 21 therapeutic groups are delivered daily.

The 30 states of the country and the 10 institutions that have an agreement with Insabi will be the beneficiaries of this acquisition:

🔴#Live “In 2 years we have seen institutional strengthening. Something that we have done together and this coordinated work, for the acquisition of the keys we are making a simultaneous supply from INSABI and UNOPS.”
– Juan Antonio Ferrer Aguilar, Director of the @INSABI_mx pic.twitter.com/SdBIOZp51v

Insabi indicated that, through the National Coordination Unit for the Supply of Medicines and Medical Equipment, implements actions to streamline drug reception and distribution processes and healing material in the country.

The head of the National Coordination Unit for the Supply of Medicines and Medical Equipment of Insabi, Alejandro Calderón Alipi, pointed out that Insabi has held dialogue tables with suppliers and distributors, with which results have already been seen in the reception and delivery processes. distribution: “Considerable progress has been made and we will continue working to improve”.

He added that the Insabi-Unops consolidated purchase has sought to buy all medicines at the best price and without neglecting quality. In addition, he said that the Government of Mexico takes medicines to the farthest points to reduce the gap in access to health.