Pope Francis will visit Africa in July despite his health problems 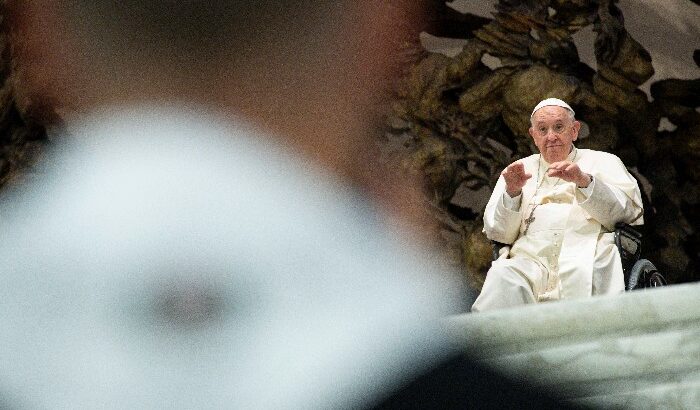 Pope Francis is preparing to make a trip to two African countries in July despite knee problems which have forced him to use a cane and a wheelchair in recent weeks.

The Vatican published this Saturday a complete program for the trip from July 2 to 7 to the Democratic Republic of the Congo and South Sudan. There had been speculation about the possibility of postponing the visit to Africa, as well as the trip to Lebanon scheduled for June.

The 85-year-old Pope has been receiving treatment for knee pain, believed to be caused by a torn ligament.

The pace of the trip suggests the Vatican expects the pope’s condition to improve in the coming month, though sources privately say he is likely to use a wheelchair at least some of the time. The visit includes thousands of kilometers of travel, five flights and at least a dozen speeches.

Francis will spend four days in the Democratic Republic of the Congo, visiting the capital, Kinshasa, and Gomain the troubled eastern region, where the Italian ambassador, his bodyguard and his driver were killed in an ambush last year.

The Government has declared a state of siege and has put some provinces under martial law to deal with armed groups carrying out attacks in the region. Among them is the ADF, linked to the Islamic State.

The program includes a meeting with victims of violence in the eastern part of the country.

The stop from July 5 to 7 in Juba, the capital of South Sudan, is a visit that has been repeatedly delayed for security reasons.

South Sudan is a predominantly Christian country and Francis will make the trip together with the Archbishop of Canterbury and the Moderator of the General Assembly of the Church of Scotland. It will be the first such joint visit by leaders from the Roman Catholic, Anglican and Reformed traditions.

In July it is fulfilled the eleventh anniversary of the secession of South Sudan. The civil war broke out two years later, in 2013, causing 400,000 deaths.

The two main parties signed a peace operation in 2018, but hunger and deadly clashes remain common in the world’s youngest country.