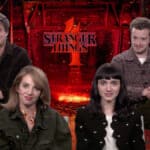 After much-waiting (season 3 was streaming back in the summer of 2019), the kids from Hawkins are back. There are new supernatural mysteries to uncover, new beastly foes to square off against and, of course, a new government conspiracy making things even trickier to untangle. Quite frankly, the less you know about the season better, but you can believe that the comparisons to “Game of Thrones” are not overstated – this season is bigger than any of the other seasons, by a considerable margin, with storylines playing out all over the country (and some overseas). And unlike other seasons, this season is broken up into two chunks – the first seven episodes will drop this week, with the final two episodes coming on July 1.

TheWrap recently sat down with Ross and Matt Duffer, the creators of the show who are also the series’ head writers and directors (and they direct the hell out of their episodes in this initial chunk). The Duffer Brothers take us through the reasons for the epic scope of this season, discuss the vibe of season 5 (the series’ last) and talk about the horror movies that directly influenced this year of “Stranger Things.”

When you were putting this together, did you have any idea it was going to be this long? Did you know that the episodes were going to be so huge?

Ross Duffer: No. It is not the short answer because, actually, we had our line producer tell us … He didn’t say it was going to be long, he was just like, “I think this is double the size in terms of scope, scale of Season 3.” And I just said, “No. No lo creo.” And then, as we were writing it, it just… And I think a lot of it had to do with the fact that we had characters spread out in three different locations, and we have a lot more plot. I mean, it must be quadruple the plot we had from Season 3. Season 3 was our fun, blockbuster season. This season, we knew Season 5 was going to be our last, we had to start revealing a lot. And the more we were writing, the more we realized, we need more time in order for these reveals to land, in order for these storylines to work.

We knew partway through that we needed to ask Netflix if they would be okay if we did nine episodes instead of eight, and then slowly, as we started shooting them, we realized, Oh, these are mega-long episodes.

Each episode is a movie, basically.

Ross Duffer: Yeah. And episodes seven and nine, in particular, are movies. They’re movie length. Nine is a long movie.

How long is it? Can you say?

matt duffer: Well, honestly, I’ll say we’re still refining it, but it is over two hours. It’s a big one. 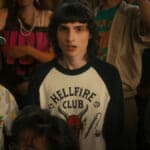 Going into Season 5 now, what is that looking like? Is Netflix going to give you that leniency or is that another conversation?

Ross Duffer: Listen. It’s our process but it’s just like, we really just try to focus on one season at a time. We do have an outline for Season 5 and we pitched it to Netflix and they really responded well to it. I mean, it was hard. It’s the end of the story. I saw executives crying who I’ve never seen cry before and it was wild. And it’s not just to do with the story, just the fact that it’s like, Oh my God, this thing that has defined so many of our lives, these Netflix people who have been with us from the beginning, seven years nowand it’s hard to imagine the journey coming to an end.

But we wrote it during the pandemic shutdown, the outline for 5, and then I haven’t even honestly looked at it because it’s just too overwhelming. We’ll get into it.

Matt Duffer: I don’t think it’ll be as long, though. And the main reason I’m saying that, I’ll probably be proven wrong, but, is that in terms of … The final few is going to be more like a “Return of the Jedi” in that …

matt duffer: Not tonally, but just in terms of … They’re going from the beginning. There’s going to be less ramp up. And I think people will understand what I’m talking about when they see the end of this season. It’s like, we’re just going.

Ross Duffer: Yeah. Normally it’s like, oh, we get to revisit the characters in their normal lives and how they’re doing and what are their relationships like?

matt duffer: And they’re playing Dungeons & Dragons or whatever.

Ross Duffer: And then something happens, and then there’s an incident and it goes from there. There’s build up. There’s a lot of build-up and set-up [each season], and 5 is just going to be pedal to the metal from the opening scene. At least that’s what I remember from the outline.

There is a scenario where you could have scaled back.

This season obviously takes so much inspiration from ’80s horror, but what are your favorite ’80s horror movies?

And then lastly, I would just say “Hellraiser” just because it just shook us when we saw it as kids. There was just something about it that just seeps under your skin and you can’t get it out of your head, and Pinhead just haunted our dreams for many, many weeks. And so a lot of this season was like, How did they do that? How did Clive Barker do that? How did Wes Craven do that? And are we able to get a little of that magic sauce into this season? That was the hope.

“Stranger Things” Season 4 Volume 1 is now streaming on Netflix. The second half hits on July 1. 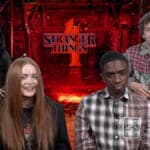