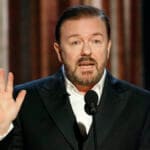 Netflix co-CEO Ted Sarandos is optimistic about the future of not only the powerhouse streamer but also his tenure there, insisting that he would pass the company’s infamous “keeper test” used on employees despite its struggle of late.

Netflix, once an unbeatable giant in the streaming space, has been hit with a slew of bad news over the past several months, including massive subscriber losses, nosediving stock and controversies over quality and quantity of content. Sarandos, however, remains confident.

“We make decisions based on the best information we have at the time,” Sarandos told the New York Times. “They are not always going to be right, but how you help navigate the outcomes, and the urgency you bring to it, is what folks get through the storm. And the storms will come.”

While Netflix was riding high with the addition of 10 million subscribers amid the first few months of the pandemic in summer 2020, trouble loomed on the horizon. First, Dave Chappelle’s October 2021 Netflix special “The Closer” stirred backlash for its anti-trans jokes, causing employees to walk out in protest. Then, in the first quarter of 2022, the streamer hemorrhaged 200,000 subscribers due to a variety of reasons, including increasing competition, price hikes and pulling out of the Russian market. Since then, Netflix’s shares have dropped by more than 70%. And, as a result, the company has cleaned house with a wave of layoffs that are likely to continue.

To course correct, Sarandos is looking at several options, none of which seem popular for consumers, such as cutting down on password sharing (or making it a paid privilege) and offering a cheaper tier that includes advertisements.

When asked if he would pass Netflix’s keeper test, a standard of measure for employees ascertaining if manager’s would try to “keep” them if they were being poached by another company, Sarandos said, “I hope so. I mean, I think so. [Co-founder and co-CEO Reed Hastings and I] hold each other and the board holds us both to a pretty high bar. And I don’t think there’s a place where he’d say, ‘Hey, where’s your accountability for this?’ We’re pretty on top of both the successes and the failures. And if we were not, I think that we would fail the ‘keeper test,’ yeah.” 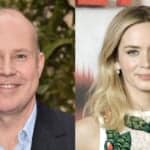 Sarandos agreed with the sentiment that Netflix flew too close to the sun during the pandemic, saying “there were probably a lot of underlying things in the business” that the company could have gone “much deeper” on and been “more curious about if we weren’t doing so well.” He said, “We could have been much more questioning of the success and saying, ‘Are you sure?’”

The executive also defended the criticisms against Netflix’s overwhelming amount of content, including backing Chappelle’s specials and touting the importance of “free expression.” There has been particular grumbling about too much “Emily in Paris” versus acclaimed Netflix Originals like “Stranger Things.”

“I don’t think that we’ve done anything so willy-nilly that we should rethink it,” Sarandos said. “While many competitors and pundits talk about volume being a negative, I think it is a tremendous positive for consumers who all have a different view of what ‘quality’ is. I think that, while they kick us around about it, they are starting on the same path — HBO with Discovery programming on the same shelf, Disney broadening their brand with Fox content, and even FX’s radical expansion of output to 22 shows.” 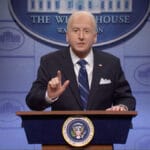