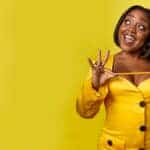 Get ready for more “Content” about “How the World Works.” Bo Burnham just dropped the aptly named “The Inside Outtakes,” the unreleased footage from his acclaimed Netflix special “Inside” — filmed alone amid the pandemic — on the anniversary of the original’s release date.

You can watch it here.

“A year ago today, i released a special called inside,” he wrote, announcing the news on Twitter. “I’ve spent the last two months editing together material that I shot for the special but didn’t end up using. It will be on my youtube channel in one hour. I hope you enjoy it.”

The “Eighth Grade” filmmaker’s special — which came after previous releases like 2010’s “Words, Words, Words,” 2013’s “What.” and 2016’s “Make Happy” (also from Netflix) — was instantly hailed as the comedian’s magnum opus, garnering both critical and audience acclaim. It was nominated for six Emmys, of which it won three.

Released May 30, 2021, the special was praised for its relatability and frank portrayal of mental health, coming roughly a year of isolation due to COVID, as well as its commentary on loneliness, social movements and life in the digital age. “Inside” was filmed throughout the course of a year entirely by Burnham, who also wrote, executive produced and edited the project. While he received help in production, sound and editorial departments, it was largely self-made without a crew or audience present.

In addition to being a comedic success, it was a musical triumph (winning the Emmy for Outstanding Music Direction), with “Inside (The Songs)” debuting at No. 1 on Billboard’s Comedy Albums chart a day after its release.