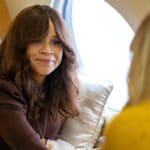 Kaley Cuoco isn’t quite ready to take off on a third season of “The Flight Attendant,” the Emmy-winning series that follows her title character — the impulsive Cassie — and which just wrapped Season 2.

“Now, I’m like, ‘Well, we did two. We should probably be done.’ And I think I’ve been outnumbered with that thought,” the actress told People in a new interview. “There’s definitely interest in doing a third season. I think for me, at this moment, the plane has landed.”

Initially, the series was conceived for a limited run, based on novelist Chris Bohjalian’s 2018 book of the same name. Season 1 followed Cuoco’s character de ella, an alcoholic flight attendant, who is unwittingly caught in the middle of an international criminal conspiracy after she wakes up next to a dead body. Following the events of the first season, the plot shifted course to focus on her journey toward sobriety and newfound status as a civilian asset to the CIA.

“The Big Bang Theory” student said she would be willing to consider a follow-up installation but needs “a minute” and wants to ensure a new plotline is merited.

“I just kind of feel like we just ended,” Cuoco said. “Some of my favorite shows on TV take some time to come back, and then I get very excited about a new season. I want to make sure that the fans are excited and that we’re not pushing it too hard.” 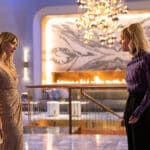 The finale — which premiered last Thursday — saw Cassie resolve the issue of who was framing her by posing as her double. Alongside her fellow flight attendant Grace (Mae Martin), Cheryl Hines’ regional CIA director Dot was behind the scheme, the latest of her lifelong criminal operations. The Season 2 finale also saw Cassie’s relationship de ella with her de ella estranged mother de ella (Sharon Stone) on the mend, as well as her triumph de ella over her de ella “mind palace de ella,” beginning her journey toward self- acceptance and continued sobriety. Ultimately, it’s the latter point that Cuoco would want to focus on in a potential third season.

“That is what her life is truly about and those are her struggles, but I don’t know. I think it’s going to take us a minute to figure out what that would look like,” she said. “And also, because our show is international, where would we go? It’s all about the travel on this show, which makes it so special.”

Cuoco concluded, “I think the writers and the team did a really beautiful job in typing it up in a pretty bow. But if you had to open the bow, it would be okay.” 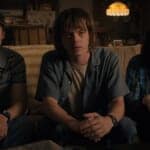