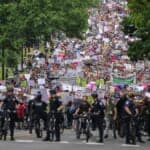 The Supreme Court on Tuesday voted to strike down a Texas law that would prevent social media platforms from moderating or deleting content concerning users’ viewpoints.

HB 20 echoes right-wing accusations that platforms such as Twitter and Facebook deliberately target conservative speech with content moderation policies such as “shadow banning,” which the platforms have repeatedly denied.

Tuesday’s decision marks a temporary victory for the tech industry by reinstating a junction that blocks HB20 from going into effect while federal courts further debate its merit.

The tech industry and other parties have argued that the law would enable hate speech to flourish online. In an emergency application submitted to the court, two industry groups representing companies including Amazon, Twitter, Facebook and Google wrote that “HB20 would compel platforms to disseminate all sorts of objectionable viewpoints, such as Russia’s propaganda claiming that its invasion of Ukraine is justified, ISIS propaganda claiming that extremism is warranted, neo-Nazi or KKK screeds denying or supporting the Holocaust, and encouraging children to engage in risky or unhealthy behavior like eating disorders.”

In response to the application, Texas Attorney General Ted Paxton argued that HB 20 does not “prohibit the platforms from removing entire categories of content” such as pornography, “foreign government speech,” spam and other illegal content.

Justice Kagan departed from her liberal colleagues, voting with conservative justices Alito, Gorsuch and Thomas in dissenting to the decision. In the dissenting opinion, Alito wrote that the court had sided with the technology trade associations which contended, “among other things, that the law is facially unconstitutional under the First Amendment” and acknowledged that the court has “preliminarily enjoined the Texas attorney general from enforcing the statute.” 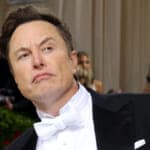 However, Alito wrote that he “cannot agree” with the majority opinion based on precedents upholding freedom of speech.

“It is not at all obvious how our existing precedents, which predate the age of the internet, should apply to large social media companies, but Texas argues that its law is permissible under our case law,” he stated.

Further down, the opinion continued, “If we were to agree with the applicants’ arguments, the decision could have widespread implications with regard to other disclosures required by federal
and state law.” 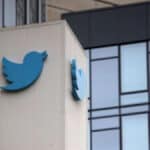 The statement ended with Alito writing that he has “not formed a definitive view on the novel legal questions that arise from Texas’s decision to address the ‘changing social and economic’ conditions it perceives,” and for that reason he is “not comfortable intervening at this point in the proceedings.”

Texas is one of several states currently contending with anti-content moderation laws. A similar law to HB20 passed in Floridabut courts have so far prevented it from taking effect.