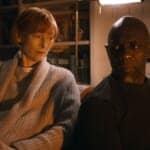 Chris Hemsworth, who will reportedly play the central villain in the post-apocalyptic action film, announced the news Wednesday with a Twitter post that read “A new journey in the Mad Max saga begins #FURIOSA.”

Starring Anya Taylor-Joy as the younger version of Theron’s Imperator Furiosa, the movie will follow the protagonist prior to her war captaining days. Along with Hemsworth, Tom Burke and Angus Sampson have been named to the cast. Nathan Jones – who played archvillain Immortan Joe’s (Hugh Keays-Byrne) youngest son Rictus Erectus in “Fury Road” – will return to his role.

The fifth installment of the “Mad Max” franchise, which kicked off in 1979 with Mel Gibson in the starring role, is directed, produced and co-written by George Miller, who has helmed each of the four previous chapters. Gibson passed the torch to Tom Hardy after three films playing Max Rockatansky, a police officer in a war-torn and resource-drained future Australia. Furiosa enters the picture in the fourth film as one of Immortan Joe’s lieutenants who becomes embattled with other road warriors when she helps his five wives escape. 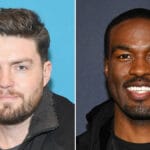 A fifth “Mad Max” film subtitled “Wasteland” is already in the works, with Hardy set to reprise his role. The “Fury Road” spinoff has yet to announce a release date or further details.

“Furiosa” is currently set to premiere on May 24, 2024. In the meantime, Miller has another film – “Three Thousand Years of Longing” heading to screens this year. The trippy romance-fantasy film, which stars Tilda Swinton and Idris Elba, premiered at this year’s Cannes Film Festival and will debut on August 31. 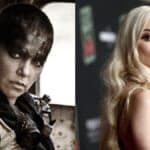