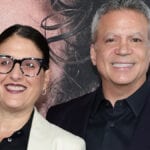 The MGM chiefs find a new home as Emmerich is to get a production deal. De Luca and Abdy would not start until they’ve officially exited Amazon.

It was reported in late April that both De Luca and Abdy would be exiting their roles as Motion Picture Group chairman and president this summer after MGM was acquired earlier this year by Amazon in an $8.5 billion deal. De Luca was said to be leaving the studio on his own accord.

De Luca took over as chairman of MGM’s Motion Picture Group in January 2020, following Jonathan Glickman’s departure after a nine-year tenure, and Abdy joined as the Motion Picture Group president shortly thereafter in April 2020. De Luca’s resignation came as a shock to many within the organization, even as others await the fate of TV head Mark Burnett and whether he will remain within Amazon.

De Luca during his time at the studio was known for his relationships with talent and his knack for paying a premium to land projects like Ridley Scott’s “House of Gucci” and Paul Thomas Anderson’s Best Picture nominee “Licorice Pizza,” though neither was a box office hit. He also navigated the release of the final James Bond movie “No Time to Die,” and he was also behind MGM’s recent box office success, Channing Tatum’s low-budget “Dog” from earlier this year. 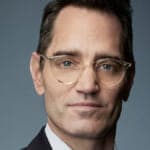 In 2016, Emmerich replaced Greg Silverman as President and Chief Content Officer of Warner Bros. Pictures. Emmerich has held a President and COO title at New Line Cinema since 2008.

See also  Valheim players are trying to catapult into Valhalla

A representative for Warner Bros. did not respond to request for comment.