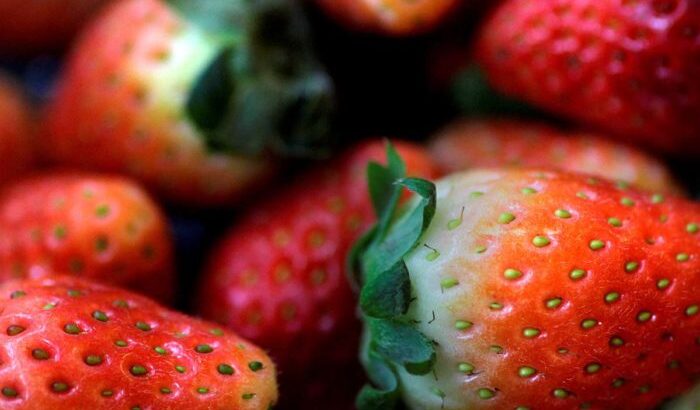 United States and Canada investigate a bhepatitis A rota which is potentially related to strawberries imported from Mexico.

The United States Food and Drug Administration (FDAalong with the Centers for Disease Control and Prevention (CDCfor its acronym in English), warned about a multi-state outbreak in the American country related to fresh organic strawberries.

According to the FDA, they were imported from Lower California and marketed as FreshKampo and HEB through a common provider.

The FDA, along with CDC, Canadian, state, and local partners are investigating a multistate outbreak of hepatitis A in the US & Canada potentially linked to fresh organic strawberries branded as FreshKampo & HEB, purchased between March 5 & April 25. https://t.co/7eCsxY5Une pic.twitter.com/prtfw9UWQB

He stressed that they are past their useful life and are not available for purchase in the shops. However, those who frozen for later consumption, they should not be eaten.

“If you are not sure what brand you bought, when you bought the strawberries, or where you bought them before freezing them, you should throw them out,” the FDA said.

The FDA identified this product as a likely source of the outbreak, as there are associated cases in California and Minnesota, who bought organic strawberries from FreshKampo before getting sick.

Given this, he stressed that people, restaurants and retailers nor they must sell, serve or eat this product and must discard them.

It also recommended that those who they ate those berries in the last two weeks and have not been vaccinated against hepatitis A, they should consult their health professional immediately, to determine if you need the post-exposure prophylaxis vaccine. vaccination can prevent infection for hepatitis A if given within 14 days of exposure.

In turn, the Public Health Agency of Canada (PHAC) and the Canadian Food Inspection Agency (CFIA) found 10 cases in the provinces of Alberta and Saskatchewan. Of these, four people were hospitalized, but there were no deaths.

Likewise, he also explained that are no longer available for purchase in Canadabut some people might still keep them in your freezer.

In contrast, the company HEB assured that all the strawberries it sells “are safe” and no illnesses related to the FDA investigation have been reported.

“HEB has not received or sold organic strawberries from the supplier under investigation since April 16,” he said.

However, he reiterated that anyone who has strawberries purchased between March 5 and April 25 “must discard or return these products to the place of purchase.”

For its part, the company freshkamp stressed that fresh organic strawberries have not tested positive for hepatitis A, but the health warning is based on epidemiological data or surveys of people who got sick.

He explained that he is investigating together with the FDA to trace the product, determine where the problem may have occurred and take the necessary action to prevent it from happening again.

See also  Resident Evil Village is the first in the series to surpass 100,000 simultaneous players

He warned that people should not eat strawberries marked. “Contact the company if you have the plastic cap labeled or your purchase receipt,” she said.

PHAC advises that Anyone can get sick with hepatitis A infection. However, it clarifies that most make a full recovery although the risks increase with age.

Symptoms include fever, dark urine, loss of appetite, fatigue, nausea and vomiting, stomach cramps or abdominal pain, and jaundice (yellowing of the skin and eyes).

These appear 14 to 28 days after exposure to hepatitis A, but can occur up to 50 days later. Some people don’t show them.