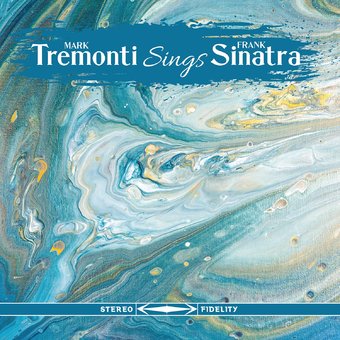 Grammy Award Winning musician, producer, and author Mark Tremonti (Creed, Alter-Bridge) has teamed up with the surviving members of legendary singer Frank Sinatra’s orchestra to release a covers album titled “Tremonti Sings Sinatra”. Consisting of both classic and deeper cuts approved by the Sinatra Estate Tremonti took extra steps to make this release even more special by gifting the album to the National Down Syndrome Society. All proceeds from the album will be going towards bringing the gift of music to children with developmental disabilities.

Take whatever you may know about Creed/Alter-Bridge guitarist Mark Tremonti and set it aside for 98 minutes. That’s the runtime of the award-winning guitarists latest offering “Tremonti Sings Sinatra”. Backed by some of the same legendary players who made up “Ol Blue Eyes” Orchestra through-out his career Tremonti takes the helm attempting to fill some pretty big shoes, A feet he does with surprising believability. Over the course of the albums 14 tracks Mark shows a different side of his musicality as he croons his way through well know tracks like “I’ve Got The World On A String”, “Fly Me To The Moon” and a classical guitar tinged version of “My Way”. The guitarist turned singer goes one step further in ensuring this isn’t just another interpretation of Sinatra’s greatest hits by digging deep into the Sinatra song catalog with the inclusion of songs like “Wave”, “Nancy (With The Laughing Face)” and “ This Song Is You”. Fresh and colorful backing instrumentation (provided by some of the same players heard on the originals) sets a near perfect backdrop for Tremonti to lay down his vocal interpretation of him.

If you are a Sinatra purist don’t let Tremonti’s heavy metal guitar roots sway your decision in checking out this record. The guitarist turned crooner in my opinion does a really great job staying true to the original versions of each song while at the same time adding his own elements and style to him. “Tremonti Sings Sinatra” is like putting a new pair of laces in your favorite pair of old shoes. By doing so you retain that element of comfortability while adding a newness that doesn’t cheapen or change the original. To top things off Mark has donated this release and its proceeds to the National Down Syndrome Society a group very close to the artist (Tremonti has a daughter with Down Syndrome). To assume this was a labor of love project could probably go without saying but I can only think that if this record was as fun to make as it was to listen to then I hope this is only the first and there more albums like this to come from the veteran rocker.