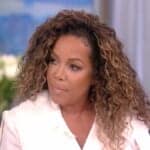 Joy Behar took a quick shot at her own employer during Friday’s episode of “The View,” calling out Disney by name for giving Americans unrealistic understandings of what royals are actually like.

The moment came as the hosts were discussing Queen Elizabeth II’s Platinum Jubilee in England this week, marking 70 years of her being on the throne. For the most part, the women supported the pomp and circumstance of the event, simply because it’s a first for the country and marks an historical achievement.

That said, host Sunny Hostin admitted that she couldn’t fully get onboard with the celebration, because “it was built on the backs and the souls of slaves, so I’m just not interested,” she said. At that, Sara Haines noted that she’s never quite understood the American obsession with royals. She conceded that she “loved Princess Diana as much as the next person” but she did not fully get the fascination with knowing every facet of royals’ lives.

“I think we also project childhood ideas of what princesses and princes are because we saw them on TV and there were happy endings and there were beautiful stories and it didn’t have the real history of what you’re describing so I think there’s a bit of a confusion,” Haines said.

At that, Behar jumped in to point a finger at the parent company of ABC, which produces and broadcasts “The View.” You can watch the moment in the video above.

“Don’t you think Disney is responsible for some of that?” she sniped, prompting laughter at the table. 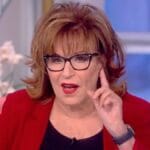 “Well I purposely where I saw my princesses and princes!” Haines shot back.

Elsewhere in the discussion, Behar admitted that she doesn’t think it’s realistic to hope that the monarchy would ever truly be abolished.

“I don’t think that they’ll ever get rid of the monarchy in London in England, because they need it for tourism,” she said. “Billions of dollars come in because of that, even though they spend a lot on the monarchy. I mean, it’s not like Italy and France where you have food and weather. England hasn’t got the weather and they don’t have the food. They have the history and they have the pomp and circumstance.”