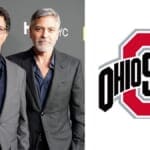 HBO Documentary Films is currently producing a doc about the Y2K scare, which many at the turn of the century feared would signify a technological doomsday. Filmmakers Brian Becker (“MLK/FBI” producer) and Marley McDonald are currently looking for American home videos since Dec. 31, 1999, TheWrap can exclusively reveal.

Executive produced by Penny Lane and Gabriel Sedgwick — the team behind “Listening to Kenny G” — the feature will be told entirely through archival material and explore “how we narrowly averted the largest technological catastrophe to ever threaten humanity, and what, if anything, we learned from it.”

The as-yet-untitled project will explore the transmutation between early-90s calm to late-90s hysteria, where mass populations became increasingly concerned about a computer coding flaw that would cause all programs to crash and cease working — in the worst case, leading to nuclear annihilation.

The calls for home video and raw footage, made in partnership with the nonprofit Center for Home Videos, will include firsthand accounts from programmers, apocalypse survivalists, militia members and doomsday Christians

“Marley and Brian are incredible talents and it’s really gratifying to be able to support their first feature,” Lane said in a statement. “I can’t imagine a better match for me and Gabriel in terms of team, subject matter and creative approach as we foray for the first time into executive producing.”

Becker will also produce the film, which will be edited by McDonald. Senior producer Tina Nguyen and executive producers Nancy Abraham and Lisa Heller will produce for HBO. CAA Media Finance brokered the deal on behalf of the filmmakers. 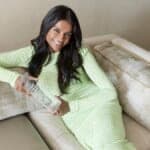