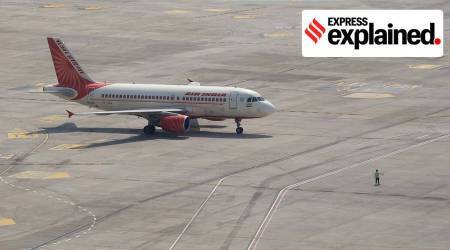 In the 2008 blockbuster Iron Man — the movie that kickstarted the Marvel Cinematic Universe (MCU) — there is a scene where Robert Downey Jr’s character, Tony Stark, is abducted by a vaguely middle eastern-looking terrorist group and they’re making a hostage video. In the scene, lead terrorist Raza played by Pakistani-American actor Faran Tahir is giving threats to the camera in Urdu. While he’s doing so, the English subtitles at the bottom of the screen are completely at odds with what he is saying and to top it all, the movie refers to the language spoken as “Arabic”. I distinctly remember bursting into laughter during this scene with a packed multiplex audience in Bangalore, most of whom, of course, understood Urdu due to its closeness to Hindi. Clearly, linguistic accuracy and representation were not the highest priority for the study back then.

Fourteen years later, as I sat down with a huge grin on my face to watch the first episode of Ms Marvel, the same studio’s web series with a Pakistani Muslim teenager as the lead, I couldn’t help but marvel (pun fully intended) at how much things had changed.

For me, this show is critical-proof. I have been unabashedly in love with the character of Kamala Khan (who later becomes the feisty superhero Ms Marvel) since she was created by writer G Willow Wilson and artists Adrian Alphona and Jamie McKelvie in the pages of a comic book back in 2013. huge part in seeing Kamala come to life was also played by comic book editor Sana Amanat, herself a Pakistani-American. Amanat also serves as an executive producer on the show.

Representation matters only when it is authentic. Though there have been sporadic bursts of South Asian representation in Hollywood films and TV shows in the past, a huge chunk of them suffered from being seen through the lens of western, most often white, filmmakers and creative teams. These stories and characterizations rarely went beyond the “exotic” tag associated with Indian/Pakistani costumes and jewelery and collapsed under a muddle of cliches.

And then of course there’s the sour topic of the portrayal of Muslims and Islam in Hollywood and in pop culture at large. One only needs to dial back the clock a little over a decade to see examples of TV shows like 24 and Homeland and films like American Sniper that almost built their identity around the harmful “cold-blooded Islamic terrorist” stereotype, sometimes going as far as to insinuate that even common, everyday Muslims with families had been brainwashed into believing an extremist ideology.

Which is why it filled my heart with joy to see how colourful, ebullient, funny and positive Ms Marvel is. Iman Vellani, who plays the titular character of Kamala is a star in the making. Her face and personality of her are the kind that light up a room. The first episode deals with a simple storyline of Kamala trying to convince her parents to let her attend “Avenger Con”, a superhero convention, dressed as her favorite superhero Captain Marvel. Her mother de ella thinks the superhero costumes are too skimpy and will lead her to do “haraam” activities. Throw in a mysterious amulet inherited from Kamala’s nani, some high-school shenanigans and you have yourself a spectacular adventure in the making. In an era where superheroes are getting darker and grittier, the show does not shy away from its comic book roots. The New Jersey graffiti comes alive, as do the drawings and sketches in the students’ notebooks. The soundtrack is peppy and the emotions are heartfelt. The internal world of Kamala’s house and family feels “lived in”.

A show as mainstream as this also gives us the chance to see some glowing performances by desi talent. Zenobia Shroff is the perfect lovable yet stern mother, Mohan Kapur (where are my fellow ’90s Saanp Seedhi fans?) gets to break the “angry desi ty” stereotype by playing an affable father and stand-up comedian Azhar Usman also makes an appearance . Occupying the director’s chair are Sharmeen Obaid Chinoy and Meera Menon and, if message boards and rumors are to be believed, Bollywood bigwigs like Fawad Khan and Farhan Akhtar might show up soon.

In 1962, Marvel comics writer Stan Lee and artist Steve Ditko created a teenage superhero who got bitten by a radioactive spider and struggled to balance the life of being a superhero while trying to satisfy his aunt and be a high schooler. That character was, of course, Spider-man and it brought Marvel Comics into the limelight. In 2022, I sincerely hope the youthful Kamala Khan does the same for representation of South Asians in cinemas and on TV.

I would definitely like more of this combination of old Bollywood songs, gossiping aunties, dads struggling with technology and teenagers wearing their hearts on their sleeves than scary men with kohl-lined eyes plotting the next terrorist attack on my screen. Hollywood, please take note.

The writer is a podcast producer and stand-up comedian