‘My fault’: these are the protagonists of the adaptation of the novel by Mercedes Ron 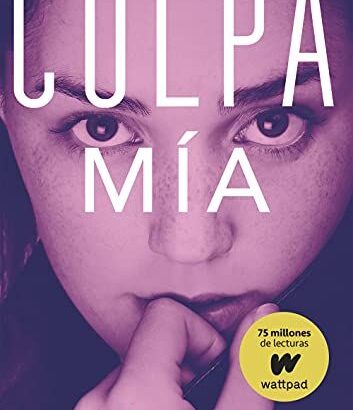 The new Amazon Prime Video original movie in Spain will be ‘My fault’, adaptation of the novel by Mercedes Ron and beginning of his successful literary trilogy ‘Culpables’. And now we have the two protagonists: Nicole Wallace and Gabriel Guevara will play the roles of Noah and Nick, respectively. In addition, Marta Hazas, Victor Varona and Iván Massagué complete the cast. The film will be produced by Pokeepsie Films with Carolina Bang and Álex de la Iglesia, and will hit the platform of streaming in 2023. “It’s a dream to see Nick and Noah’s story take on new life,” said author Mercedes Ron.

The story of ‘Culpa mía’ (via Prime Video) follows the story of Noah, a young woman who must leave her city, her boyfriend and her friends to move to the mansion of William Leister, the new and rich husband of her mother Rafaela. At 17, she is a proud and independent woman, and she is reluctant to live in a mansion surrounded by luxury. Everything changes when she meets Nick, her new stepbrother who, behind the image of a model son, hides a life of fights, bets and illegal car races. Despite the abyss that separates them, both begin to feel an irresistible attraction that will soon turn into pure fire and unbridled passion. Neither the continuous rivalry between the two nor the opposition of their environment will be able to prevent them from ending up lost and secretly in love.. But Nick’s turbulent present added to Noah’s stormy past will put both their lives and their forbidden love to the test.

“Nick and Noah’s story captivated us from the beginning and we’re sure the Prime Video audience will do the same, and it has the perfect combination to keep us on our toes: a story of forbidden teenage love, illegal racing, luxury and some protagonists who steal your heart“, said María José Rodríguez, Head of Spanish Amazon Originals at Amazon Studios. “We are happy to have Mercedes and the Pokeepsie team with us to be able to tell this story at the height of what all current and future fans expect. , of this successful trilogy”.

This is only the beginning of a successful trilogy baptized as ‘Guilty’ and that continues with ‘Your fault’ and ‘Our fault’, which could also be adapted to the cinema if their first installment works with the public. “We are very excited to be able to adapt ‘Culpa mía’, a story that has already swept Wattpad and has fallen in love with thousands of people worldwide, for the first time on television”has assured Georgia Brown, Head of European Amazon Originals, Amazon Studios.

Together with the creator Mercedes Ron, the project begins promoted by Pokeepsie Films. “It is impossible not to get caught up in the characters of Noah and Nick and, as a producer, we want to be part of this long-term project, transforming Mercedes’ first novel into a dizzying experience with all the visual force possible to make it, if possible, even bigger”their leaders, Álex de la Iglesia and Carolina Bang, have said in a statement.

The exact release date is still unknown, but we do know that Domingo González will be the director and screenwriter.