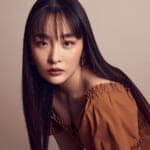 While doing research for “Pachinko,” the Apple TV+ adaptation of Min Jin Lee’s best-selling novel, Soo Hugh came to understand an aspect of her Korean heritage that she’d never fully considered before.

“Growing up, I ate rice every day, my entire life,” the series creator and showrunner said in the latest installment of TheWrap’s “How I Did It” video series, sponsored by Apple TV+. Hugh said she always wondered, “’Why am I having rice again? Why can’t I have spaghetti and meatballs? Why can’t I have chicken nuggets?’ And it wasn’t until doing the show and doing the research on what that rice meant, just feeling like, I did not know any of that. And so the rice really does take on such a huge symbol on our show.”

In “Pachinko,” rice — particularly white rice grown in Korea — symbolizes love. As a young woman in the 1930s, Sunja, played by Minha Kim, marries a virtual stranger and leaves her small village near Busan to emigrate with him to Japan. (That timeline takes place during the Japanese occupation of Korea.) The night before their departure from her, Sunja’s mother from her (Inji Jeong) prepares a final meal for her daughter from her, the centerpiece of which is a bowl of white rice. At the time, the grain was a luxury primarily reserved for the Japanese. Few Koreans could enjoy it, especially poor ones like Sunja’s family.

So when Sunja sees the rice, she is overcome. “We always knew that the homegoing — what we call the leaving of your mother and father, the homeland — was going to be the most emotional scene to shoot for the past storyline,” Hugh said. “Even when we were writing it, episode 4, and thinking about it in the writers room, we would have tears in our eyes because it just brought out this visceral emotion for all of us.”

The moment touched Kim personally as well. “When we were shooting that scene, I had to prepare myself to leave this house and leave my mom,” the actress said in the “How I Did It” video. “We knew that if we see each other’s eyes, it’s going to be terrible. It’s gonna be (a) disaster. We cannot continue our performance.” She added that before she left her home in Seoul recently to promote “Pachinko” in the States, “My mother made me white rice too. She was just saying, ‘Oh, I want to give you a really nice meal before you leave.’ It’s not just about food. It’s about language and how (parents) show their affection to their daughter or son.”

See also  'The Squid Game' will now be a reality show and there is an open call! | Video

“We wanted (the scene) to be as just visceral as possible,” Hugh added. “When we were behind the monitor watching, all of us were in tears, just even watching it. We knew we had something… a mother giving her daughter de ella love through rice. ”

The goodbye dinner takes on an even deeper meaning when, in the 1990s timeline, elderly Sunja (Oscar winner Youn Yuh-jung), who’s still living in Japan, eats Korean white rice for the first time since that final meal at home so many years before. The taste immediately reminds her of her mother of her.

“The way we wanted the audience to capture that was: Here’s this older woman and this rice means something very important to her. Ella she’s tasting her from her homeland, ”Hugh said.

Kimchi, the spicy fermented cabbage dish from Korea, also plays a symbolic role in “Pachinko.” In the 1930s timeline, we see young Sunja working with women in her village to prepare ample reserves of kimchi that they can store for the winter. And later, selling kimchi will help lift Sunja out of abject poverty in Japan. “The history of making kimchi tells you the history of the Korean people,” Hugh said. “So in this one simple dish, you get a thousand years.”

Watch the full episode of “How I Did It” in the player above. 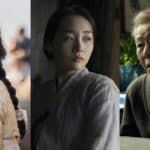