This is how the Spanish chapter of ‘Love, Death + Robots’ was made, which sweeps Netflix 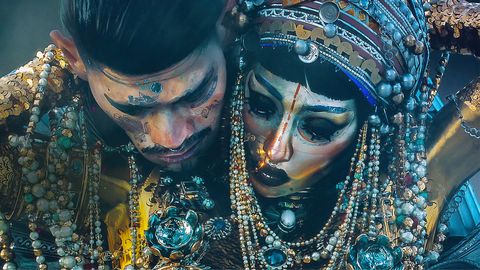 The shameful decision of the North American Academy could not make us bitter when, on the sidelines of the gala, Alberto Mielgo won the Oscar for best animated short for ‘windshield wiper‘, a story that began when a middle-aged man, after lunch and while smoking an entire pack of cigarettes, asks himself and the audience an ambitious question: what is love?

A collection of deliciously animated segments by the producers Leo Sanchez Studio and Pinkman.TV that made it more than clear that Mielgo’s first participation in the success of ‘Love, Death + Robots’ had been one of the core values ​​for it to become one of the the most recommended Netflix series to watch.

“A comic book-scented story that not only immerses us in the Spider-Verse, but also proves in movie theaters the coexistence of different versions of the same character”, we pointed out in the review of ‘Spider-Man: A new universe’ (Bob Persichetti, Peter Ramsey, Rodney Rothman, 2018), a production in which Mielgo appears accredited as a “visual consultant” but in which it is not difficult to see his signature, as verified by those who enjoyed ‘The Witness’, the episode he was in charge of and which became one of the best shorts of ‘Love, Death + Robots’ in its first season. In the chapter we follow the misadventures of a young woman who witnesses a murder and, desperate, tries to flee. An example of what cyberpunk can still give, full of iconic characters, an anthology sequence in a brothel with too many things to highlight to do it here.

Not content with this, in the third season we return to enjoy a work by the filmmaker, ‘Jibaro‘, a tale of fantasy and greed in which a mermaid lures men (and viewers) to their doom.

Now thanks to this “making of” published by Netflixwe can enjoy the secrets behind that mix of styles, halfway between hyperrealism and surrealism, twisting the limits of image and sound to hypnotize anyone who falls into its clutches.

Mielgo, whose Oscar-winning short was an American production, had to compete for the award against the British ‘Affairs of the Art’ by Joanna Quinn, the Chilean ‘Bestia’ by Hugo Covarrubias, the Russian ‘Boxballet’ by Anton Dyakov and the British ‘Robin Robin (Peti Roja)’, which seemed like it could be the winner’s biggest competitor as it was produced by the Aardman Animations studio and distributed by Netflix.