‘Jurassic World: Dominion’ starts better than ‘Fallen Kingdom’ at the US box office 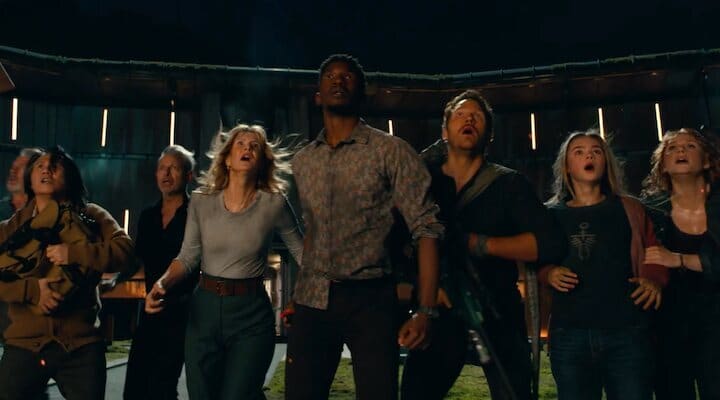 Last Thursday, June 9, ‘Jurassic World: Dominion’ arrived in theaters in the United States and did so by amassing 18 million dollars on its first day of release. The sixth film in the saga started by Steven Spielberg with ‘Jurassic Park’ is expected to have a strong presence at the national box office, although the mixed reviews and the success that ‘Top Gun: Maverick’ is assuming in the United States could affect it. The third installment of ‘Jurassic World’ is estimated to reach 125 million dollars in its opening weekend thanks to the release in 4,600 theaters across North America, according to Variety.

Despite the reviews received, ‘Jurassic World: Dominion’ hopes not to disappoint its predecessors at the box office, and the two previous films did not do badly at all. “Jurassic World,” which rebooted the saga, opened its first week to an impressive $208 million, ending with $653 million in domestic theaters and $1.6 billion at the international box office. Its sequel, directed by JA Bayona, debuted a little more timidly with 150 million, but managed to get 417 million at the domestic box office and 1,300 million internationally. ‘Dominion’ has two big factors against it: COVID and the turbulent geopolitical situation. On the one hand, the film will not be released in Russia due to the invasion of Ukraine, and on the other hand, China is no longer the main source of income that it was before the pandemic, mainly due to its conflict with the United States and for various reasons. coronavirus outbreaks.

See also  The 10 worst MCU movies (according to Metacritic)

When comparing the first day of release, ‘Dominion’ comes out slightly favored if we take into account that its 18.5 million dollars in collections are somewhat higher than the 15.3 million with which ‘Jurassic World: Fallen Kingdom’ was made in the same space of time. Even so, this third installment would look favorably on being a triumph at the box office since the cost of production amounted to 185 million, of which five were allocated to security protocols against the coronavirus.

The economic success of the two previous installments of ‘Jurassic World’ had a lot to do with the great impact they caused beyond the borders of North America. In that sense, ‘Jurassic World: Dominion’ has good forecasts: The film is expected to make an estimated $325 million at the global box office this weekend.. To that should be added another 120 million from 59 new international markets.

‘Jurassic World: Dominion’ is currently available only in theaters and you can already read our review.