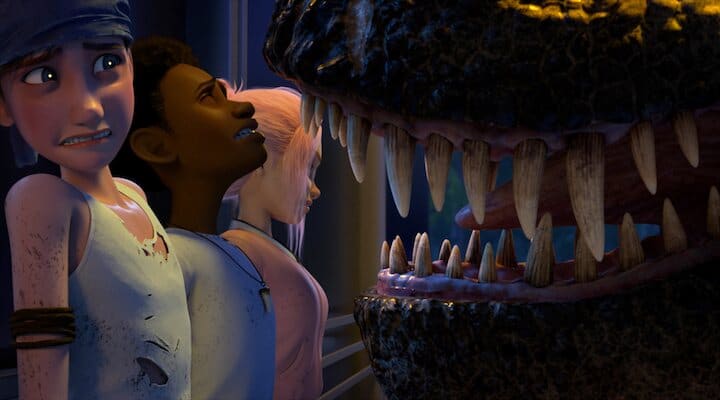 The dinosaurs roar again in theaters with the premiere of ‘Jurassic World: Dominion’, the epic finale of the Jurassic saga, which hit theaters on June 9 and is already sweeping the box office. The film directed by Colin Trevorrow supposes the meeting between the two generations of the franchise, in a show full of nostalgia which, however, is considerably different from the formula of its predecessors.

Although the ‘Jurassic World’ trilogy comes to an end, the Jurassic saga that Steven Spielberg started will surely continue. Starting with the Netflix spin-off series, ‘Jurassic World: Camp Cretaceous’, whose fifth and final season will arrive on July 21.

Created by Zack Stentz and produced by Trevorrow himself, ‘Cretaceous Camp’ is canon within the Jurassic saga and, as such, the animated series has included numerous connections and mentions to events and characters from the films. In an interview with Collider for the premiere of ‘Jurassic World: Dominion’, Trevorrow has anticipated that this will continue to be the case in the fifth season, which will answer directly an unknown of ‘Dominion’.

When the media asks how Biosyn became the most important bioengineering company in the franchise, above the classic InGenand what role does Mantah Corp. (InGen’s rival corporation, which appears in ‘Cretaceous Camp’), Trevorrow claims that “that will be answered in the fifth season”. And adds: “We have an answer. And there’s an element to this movie that you might recognize if you watch the show, although I don’t think it’s necessarily in the way that people would expect us to. I think our movies are grounded in a reality that we all feel tangible and close to the world we live in, and we try to take what is happening in the animated series to connect it in a way that doesn’t intrude too much on our ‘Dominion’ story“.

Collider speculates that the connection Trevorrow is talking about could refer to [posible spoiler] the technology that Biosyn uses to, for example, protect airplanes from flying dinosaurs, something that it would have obtained from Mantah Corp, and which would therefore indicate that Biosyn acquired said company [fin del spoiler]. In any case, we will know for sure from July 21, when the series returns to Netflix with its last episodes.

‘Jurassic World: Camp Cretaceous’ follows six teenagers chosen for a unique experience in a new adventure camp in Isla Nublar. When the dinosaurs start wreaking havoc on the island due to a bug, the youngsters are trapped and held incommunicado. It is then that they will be forced to resolve their differences and team up to survive the thousand and one dangers that will be found along the way as they try to escape to return home alive. Throughout five seasons, the protagonists will uncover more than one mystery related to Jurassic World and those who control the dinosaur park.