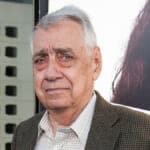 Philip Baker Hall didn’t make his first film appearance until he was pushing 40, which seems appropriate somehow: The growling gravitas he brought to dramas and comedies alike speaks to a full life lived, and experiences cultivated, before ever stepping onto a set.

In Hall’s case, that life involved being born in Ohio, spending time in Germany as a translator for the US Army, and then pursuing the craft of acting onstage in New York and later Los Angeles. By the time he made the leap to film and TV, he had the kind of gruff mien that got him cast as cops and old soldiers. (In one season of “Quincy,” he popped up as a police captain in one episode and then a district attorney in another.)

The role that put him on the map was a literal showcase: Robert Altman’s 1984 “Secret Honor” cast Hall as a disgraced, post-Watergate Richard Nixon, drinking and rambling as he looks back at his life, his career and his downfall. It’s an adaptation of a one-man play, and Hall is never less than captivating in his monologue by him, capturing the former president’s bitterness and paranoia while also creating audience empathy for such a notorious villain.

“Secret Honor” lives or dies entirely on Hall’s shoulders, and viewers who knew nothing about the actor stood up and took notice. Roger Ebert put the film on his top 10 list of the year, cheering Hall for capturing Nixon “with such savage intensity, such passion, such venom, such scandal, that we cannot turn away.” Other critics agreed; Pauline Kael incorrectly assumed that this was “an acting feat by a man who probably isn’t a great actor,” but she also conceded, “Hall draws on his lack of a star presence and on an actor’s fears of his own mediocrity in a way that seems to parallel Nixon’s feelings.”

Not for the last time in his career, Paul Thomas Anderson was inspired by Altman; Anderson cast Hall in his early short film “Cigarettes & Coffee,” and then his feature debut “Hard Eight” (originally titled “Sydney,” after the character played by Hall in both films). Hall and Anderson also memorably collaborated on “Boogie Night” and “Magnolia.” 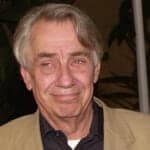 As a dramatic actor, Hall brought authenticity to every line, whatever the size of the role, as the kind of performer who was blessed with the ability to engender trust and respect whenever he spoke. But he also knew how to apply that same energy to comedy, which made him a perfect authoritarian foil to any number of goofy protagonists.

His library detective in a 1991 “Seinfeld” episode made enough of an impression that he was called upon to reprise the character in the hit sitcom’s 1998 finale, and he was generally open to bringing his unique screen presence to a range of films, from straight -faced action (“Rush Hour,” “The Sum of All Fears”) to outrageous farce (“Fired Up!,” “Die, Mommie, Die!”). 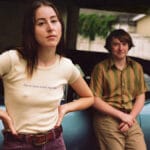 Hall had the kind of busy, eclectic career that included the big, acclaimed performances everyone knows about along with some B-sides that fans might or might not have caught; among the latter, my favorite is his turn of him as a Southern California paterfamilias with a closet full of skeletons in Mike White’s canceled-too-soon night-time soap “Pasadena.”

It is said that when someone dies, it’s like a library burning down, and the older and wiser the person, the bigger the library. When we lose an artist with the life experience and seasoned presence of Hall — who died this week of emphysema at the age of 90 — it seems increasingly difficult to imagine how his cultural footprint might ever be replaced.