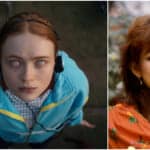 The “Stranger Things 4” buzz doesn’t appear to be dying down any time soon.

The fourth season has now become Netflix’s most-watched English language series ever with 781.04 million hours viewed. It’s also the fastest a TV season has ever accomplished such a feat.

In its third week since release, “Stranger Things 4” Volume 1 raked in another 159.24 million hours, once again making it Netflix’s top-viewed series of the week.

The final season of “Peaky Blinders” was in the No. 5 spot, earning 45.71 million hours watched in the first week of release. According to Netflix, it was in the top 10 in 76 countries.

As for non-English shows, “Wrong Side of the Tracks” stayed in the top spot with 19.4 million hours viewed. New to the list were Turkish drama “As The Crow Flies” (18.31M hours), Spanish suspenseful drama “Intimacy” (15.9M hours), and psychological thriller “Two Summers” (12.21M hours). 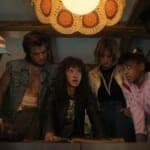