‘Obi-Wan Kenobi’ pulls expected moments and revelations towards the end 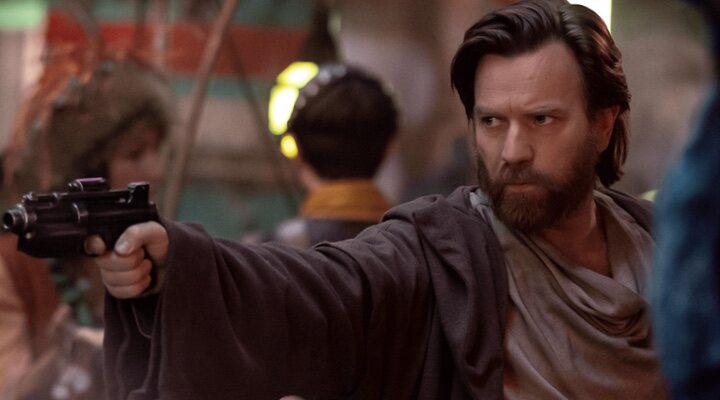 * If you haven’t seen Episode 5 of ‘Obi-Wan Kenobi’read no further!

‘Obi-Wan Kenobi’ bet on that Part IV to tone down and avoid overly powerful conflicts/disclosures. That ‘valley’ of 39 minutes hinted at a double finale that, indeed, begins to be considered in a well-loaded Part V. We make the jump to hyperspace with an episode that finally comes to satisfy a certain sector of the fandom that only wants to see one thing: flashbacks starring Hayden Christensen. Those new scenes starring Ewan McGregor and Christensen are one of the highlights of the penultimate chapter of this ‘Star Wars’ series, which is launched to show a duel between Obi-Wan and Anakin to remember each other’s combat techniques.

This memory is fabulous in Part V while serves as the basis for an inevitable final battle that would be structured around the deep knowledge that each of the contenders has of the other. The reinforcement of postures and combat techniques of both Darth Vader and Obi-Wan, is just one of the gifts that come from the hand of the aforementioned flashbacks to the execution of Order 66, scenes that also reveal what many suspected: that Reva (Moses Ingram) met Anakin at that fateful moment. This twist has come to confirm the theories of a large part of the fandom, but it also brings a touch of surprise to many by using those grays that the galactic universe uses so much. Redemption is a recurring theme in ‘Star Wars,’ but in this case it is not redemption but a concrete motivation that makes Reva not as loyal as she seemed.

Those who bet on a Reva seeking revenge / blaming Obi-Wan for what happened to her as a child, have seen how in reality the Third Sister has put the spotlight where it belongs: in Vader. This causes not only Reva to confront the Dark Side mainstay, but Obi-Wan to turn away from his self-righteous facade. Again in ‘Star Wars’, as in life, neither are the bad guys completely, nor are the good guys perfect, something that is underlined in the choice of Obi-Wan, who in this Part V chooses to consciously ‘sacrifice’ Reva in order to save everyone else.

See also  "I don't believe in the romanticization of the artist or poverty": Dahlia de la Cerda

This Jedi master takes advantage of the Inquisitor’s desire for revenge to suggest that she confront her former apprentice, which opens a small window for the germ of rebellion to escape. All this is intertwined with a constantly high and very emotional action, which reaches its maximum splendor thanks to an absolutely unbeatable Indira Varma.

Without an actress like Varma, what Tala achieves would not be possible. Throughout the previous episodes Deborah Chow, director, and Joby Harold, screenwriter; they have underpinned the background and feeling of the character so that, when the moment of sacrifice arrived, emotion was inevitable. A preciousness this farewell that in addition to giving more packaging to the episode, makes the danger feel more real heading into the final chapter. This is how all the alarms go off in this Part V, which ends with a wonderful cliffhanger.

Before adding that probably those viewers who missed the imposing Kenobi, will have enjoyed that trend in the plot that quietly leads us to a remarkable recovery of the mind and abilities of the beloved Jedi Master. The Obi-Wan of ‘The Clone Wars’ already appears in this chapter in which said character embodied by McGregor, he resumes his role as ‘general’ thus demonstrating that this impulse for the fight was not completely dead. “The light will go out, but it will not be forgotten”says Ben, seeing again the symbol of the Jedi school carved into the cave that gives shelter to those trying to escape the Empire. Little by little we approached an Obi-Wan less downcast and in better conditions to stand up to the one who was his Padawan. 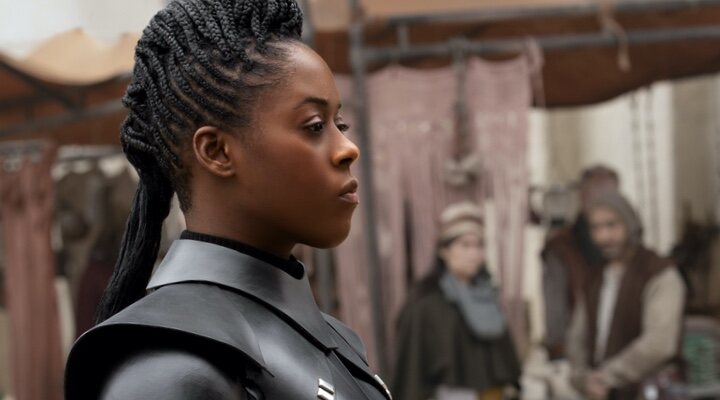 Also comment that Leia is still a very well thought out character/ Treated especially when compared to little Anakin from ‘The Phantom Menace’. As in that film written and directed by George Lucas, while the Jedi, who has adopted a fatherly posture with the young prodigy in question, completely believes in his abilities, heThose around them do not trust that a child can do according to what things.

In Anakin’s case it was to win the pod race, in Leia’s, to fix the mess caused by the evil Lola so that an escape would be possible. The curious thing in this case is that there are voices within the fandom that question the credibility of the little girl’s behavior, especially when we know full well that she is her father’s daughter, and that an unthinkable amount of midi-chlorians can have fascinating effects on little ones. Obi-Wan blindly believes in Leia just as Qui-Gon placed all of his faith in young Anakin from the moment they met on Tatooine, a point he has reached after a much longer journey. Qui-Gon was a man of much more faith than Obi-Wan, who has a more skeptical side, something that he ends up overcoming thanks to his connection with Leia.

The entire promotion of ‘Obi-Wan Kenobi’ focused on making us believe that the series was going to protect Luke Skywalker, a marvel that avoided the suspicion of an increasingly clever fandom, viewers who, thanks to the ruse, were able to enjoy the great revelation by watching the first episode. In the end it turned out that Leia was the one who most needed an Obi-Wan who is going to have a little homework ahead of Part VI. Reva, who is on her last legs but will find a way to come out on top, has discovered the cake by running into the communicator that Ben uses to keep in touch with Bail Organa (Jimmy Smits). This Inquisitor knows that the Light Side is fighting to protect children and that the key is hidden on Tatooine.

The threat thus hangs over the heroes of ‘Obi-Wan Kenobi’, who at the end of Part V find themselves at a tremendously precarious crossroads. Beyond the damage or not that this message to which Reva has had access can do, the ship in which all the Force-sensitives and allies of the Jedi have escaped, cannot make the jump to hyperspace, and the Empire is on their heels. In addition, Obi-Wan feels a disturbance in the Force that, due to the montage, could refer to Reva’s discovery/state but… nothing is certain. With the chips placed, June 22 ends ‘Obi-Wan Kenobi’ on Disney +We will see if it convinces those who have enjoyed the trip and manages to bring positions closer to those who are less happy.