Itsaso Arana: “I am not obsessed with offering a certain image” 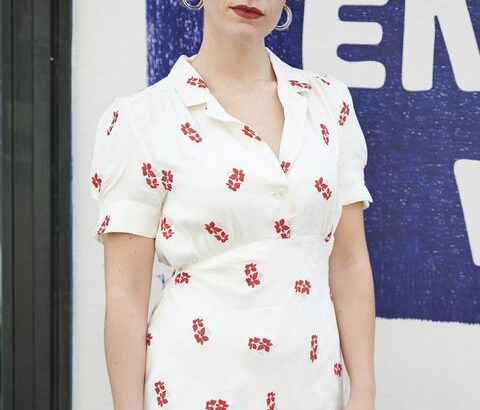 gave the surprise Itsaso Arana (Tafalla, 1985) with the César nomination for Best Foreign Film for ‘La virgen de Agosto’ (2019), a film in which he was the protagonist and co-writer with his director and romantic partner, Jonás Trueba. “It was fortunate that the film had such a wonderful reception, but I started working when I was 19 years old and what I live now is nothing more than the logical, natural and I would even say calm consequence of what I have been doing since then”. The Navarran actress, trained at the Royal Higher School of Dramatic Art in Madrid (RESAD), female lead in the series ‘Kings of the Night’, coincided for the first time with the youngest of the Trueba in ‘La reconquista’ (2016). “Coinciding with Jonás confirmed to me that there was a place in the cinema for me, that I could work in audiovisuals with the same philosophy with which I had spent years doing it in the theater with ‘La tristura’, my company.

‘You have to come to see her’ is the couple’s third collaboration, a delicatessen film of just over an hour in which the filmmaker’s parents, Fernando Trueba and Cristina Huete, make a cameo. It could be the continuation of ‘The Virgin of August’, with her and Vito Sanz again as protagonists, with characters here called Elena and Dani. They are joined, completing the cast, by Francesco Carril and Irene Escolar. “If you follow the filmography of Jonás, you can see a twinning between his films that generates a kind of sympathetic confusion”, nuance “They all portray moments that we are living and he repeats them with people close to him, with his friends. It is a very brave proposal, made with very few elements. The fiction deals with sentimental relationships, motherhood and that current debate between living in the city or moving to the countryside. It shows, without taking sides, the fragility of couples and the decisions we make, because life never turns out as imagined, ”he explains. “My character is very unaccommodating, unlike myself and other roles I’ve played. Elena doesn’t mind showing her displeasure, which is liberating.”

To these uncomfortable roles, new in her career, belongs the NGO manager who plays in ‘The volunteer’, which also premieres this month. This drama has allowed her to share the camera with Carmen Machi, a woman who exudes energy and from whom I have learned a lot, and has brought her closer to the refugee camps in Greece: “The silence, the sad calm that I found there, was overwhelming. About to start a stage tour of France with ‘3 annunciations’, directed by Pascal Rambert, she has her latest work pending release, ‘Las de la Última Fila’, the first series created by Daniel Sánchez Arévalo; “A fiction with many genres inside, an emotional merry-go-round”, which has required her to shave her head, which explains why she still has short hair. “I am not obsessed with offering a certain image”, she is sincere. “I am guided by intuition and I am ductile, but in everything I do I bring my creativity and my heart. When I act, I feel that life becomes bigger than it really is.”