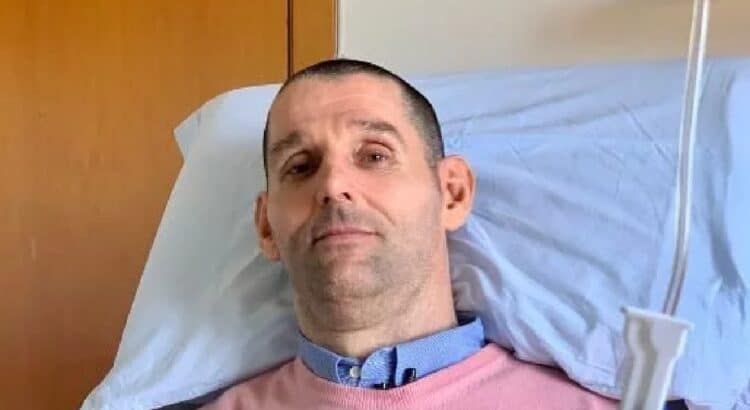 An Italian man, paralyzed 12 years ago by a traffic accident, died this Thursday in the first case of assisted suicide in Italyaccording to an association that has been campaigning for the legalization of euthanasia for some time.

Federico Carboni44, died surrounded by his family after administering the lethal drugs himself through a specially designed machine.

“I do not deny that I regret having to say goodbye to life”Carboni said, quoted by the Luca Coscioni Association, which helped him overcome resistance from the courts and health authorities.

“I did everything I could to live as well as possible and try to make the most of my disability. However, now I’m on edge, both mentally and physically“, he added.

Italy’s Constitutional Court paved the way for assisted suicide in 2019, in the face of fierce opposition from conservative parties and the Roman Catholic Church. However, he said local health authorities had to review and approve each request.

Some patients applying for authorization have accused the authorities of deliberately dragging their feet.

Carboni finally got permission to receive the lethal drugs in November, after winning two trials and overcoming the initial refusal of health representatives.

In its final ruling, an ethics court said that Carboni’s status met the requirements established by the Constitutional Court, which included a chronic and irreversible pathology that causes suffering that the person considers intolerable.

His case contributed to promoting the defenders of the right to a dignified death or the rights of euthanasia, who last year collected more than a million signatures to try to force a referendum that would make the procedure more accessible.

However, the Constitutional Court rejected the request, arguing that a vote on the matter it would not sufficiently protect “weak and vulnerable” people.

Reflecting the difficulties patients in Italy have in accessing assisted suicide, a quadriplegic man opted this month to undergo deep sedation and discontinue all life-sustaining treatments that ultimately caused his death.

Fabio Ridolfi said that he had decided to do it because his health authority had not supplied him with the lethal drugs, despite the fact that an ethics committee had validated his request for suicide.

Assisted suicide has been legal in neighboring Switzerland since the 1940s, an exceptional situation that has made the country what some call a magnet for “death tourism.” The procedure is also legal in Belgium, the Netherlands, Luxembourg and Spain.