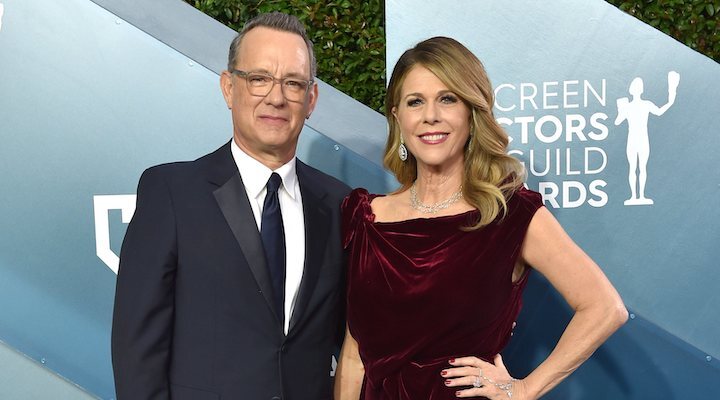 We’ve never seen Tom Hanks like this, but even one of Hollywood’s most beloved and mild-mannered actors has his limits. The actor is currently promoting for ‘Elvis’, by Baz Luhrmann, and this week he has had a clash with a group of fans and paparazzi who approached him and his wifethe also actress Rita Wilson, at the exit of a restaurant.

It happened on Wednesday June 15 in New York. Hanks and Wilson leave the restaurant accompanied by their security team and head to the car. On the short drive they meet a group of admirers who chase the couple to take selfies with them. At first, Hanks waves and thanks, but in a moment of commotion, one of the fans accidentally pushes Wilson, who yelps momentarily off balance and tells them “Stop!”. This provokes the anger of her husband, who, visibly shaken, confronts the fans, brushing one aside with his hand and shouting: “This is my wife, get the fuck away!”. One of the fans apologizes, and Hanks indignantly insists, “Pushing my wife!”before finally getting into the car.

The intense moment was captured on video and has gone viral, showing a different facet of the normally calm actor. However, the Internet has turned in his favor due to his understandable reaction in a moment of invasion of privacy that could have ended much worse.

We will see Hanks again on the big screen thanks to ‘Elvis’, the biopic of the rock legend directed by Baz Luhrmann and starring Austin Butler, in which the ‘Forrest Gump’ actor takes on the role of the legendary Colonel Parker, Presley’s mentor and representative. And this year we will also have him in the remake of ‘Pinocchio’, where he plays Geppetto.

See also  The Falcon and The Winter Soldier: 5 MCU Sam Wilson's Most Heroic Scenes (And 5 Fans They Hope To See On The Disney + Show)

Roles that add to a long and recognized career, awarded with two consecutive Oscars, in 1994 for ‘Philadelphia’ and in 1995 for ‘Forrest Gump’. About the first, where he plays a gay man with AIDS, Hanks said in a recent interview with New York Times that if they offered him the role today, he would not accept: “Could a straight guy do what I did on ‘Philadelphia’ now? No, and rightfully so. The main message of ‘Philadelphia’ was ‘Don’t be afraid.’ scary that movie was me playing a gay man”.