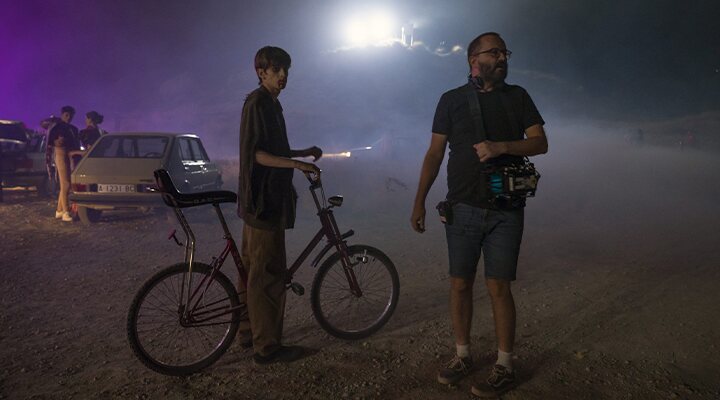 ‘Paraíso’ is back on Movistar Plus+ with its second season, eight new episodes that constitute the end of this Spanish inclusion in the fantastic genre in the purest ‘Stranger Things’ style. According to its director, Fernando González Molina, this conclusion “is naturally more adult”reason that justifies why “the characters are older and the conflicts are different, it’s scarier, it’s darker, it’s more sexual, and it’s a lot more visually ambitious”.

González Molina, who signs the series together with Ruth García and David Oliva, says that the idea of ​​this second batch of episodes, direct continuation of the mystery of the first season about the disappearance of several girls in a seaside townwas partly designed from the conception of the series, especially the final culmination with which they have said goodbye to the five years of work behind ‘Paraíso’.

“We had thought of the end of the series since the first season. Chapters 6, 7 and 8 of this new one were always the end. And from the second season we knew that we wanted to leave the characters in different dimensions, that is, to end the first season with the resolution of the disappearance of the girls and from that moment to find the characters three years later”he declared to eCartelera. “It’s a classic of the fantastic: How what has happened has marked them and how from that moment they face an even greater threat. That’s what we had, as an overall drawing”.

The filmmaker, also known for his work on ‘Three meters above the sky’ or ‘The invisible guardian’, admits that it has been easier to face the fantasy genre with previous experience, allowing the viewer to be offered “more fun, entertainment and enhanced fantasy”, although the season has not been without its challenges. One of the ones that stands out is the start, with the characters distributed in different spheres of the afterlife and having to return to the real world to solve a new mystery. But not only, at a narrative level, also because of the production complexity that required recreating the fantastic scenarios.

“If the season has eight episodes, we spent a quarter of the script work writing the first episode. It is very complicated, because Ruth always told me, if we have sold the viewer that Quino is in the abyss and the rest of the characters in the afterlife, if we are going to get them all back to start a new adventure, we cannot disappoint. We wanted to reach stages like El Abyss and that people be impressed”he explained. 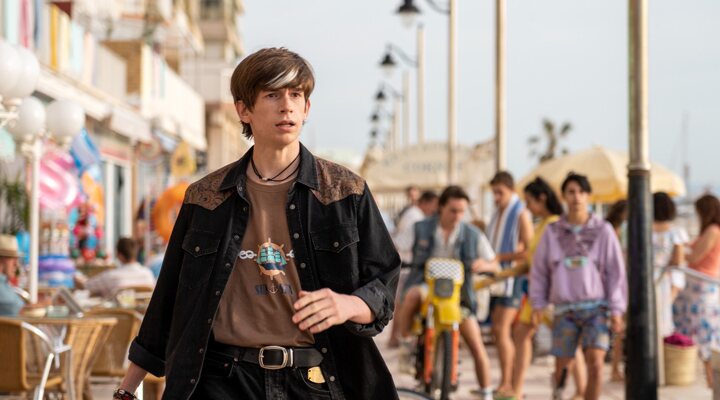 It was much easier to play again with the references to the popular culture of the 90s, the decade in which the series is set again. And it is that the director admits that, although there was part of the documentation, having been years that both he and the rest of those responsible for the series lived in its fullness, it was very easy to play with it.

“It’s wonderful, because in the 90s we were more or less the age of the characters”González Molina continued. “Obviously we documented ourselves, but we also pulled our own references: The Casio PT1 with which Javi talks with his parents is a Casio that my parents gave me, Ruth had the Game Boy, the records are our favorite records, my obsession with Mecano…”.

On giving the end to the series after only two seasons, the director admits that it seems the right decision, since I did not want it to be noticed that they were stretching the gum more than necessary. In any case, he points out that if suddenly he is interested and Movistar asks for a continuation, he would prefer to focus on a spin-off of characters such as Begoña Vargas or Álvaro Mel, two of the star additions of these new chapters within the side of the villains.

Álvaro Mel, who joins playing the character of Mateo, had planned to arrive in the world of ‘Paraiso’ even before the first season premiered, when he met with Fernando González Molina and showed him various details of the series and his role. The young actor and influencer, who was already the great protagonist of ‘La Fortuna’ by Alejandro Amenábar, unraveled the qualities of his character, who moves between a halo of enigma and darkness while transmitting pure charm and charisma.

“Mateo with Bea pretends to be an ideal boy. He is her boyfriend and tries to convey to her everything good and his love. But on the other hand I also like him because he is someone dark that I had never done”points out about his role, that is presented in this second season as Bea’s new love interest as well as a mysterious figure on the side of the villains. “I had never left the noble, diplomatic and combed-back character, and suddenly being on that dark side with more secrets attracted me a lot. And it’s cool that it’s mysterious in that part and that you don’t see it coming”.

Mel also stopped to talk about the prejudices that exist about the hiring of influencers in fields such as acting, emphasizing that, beyond the followers that one may have, to access any production there is a casting process that must be followed religiouslyas has been your case. 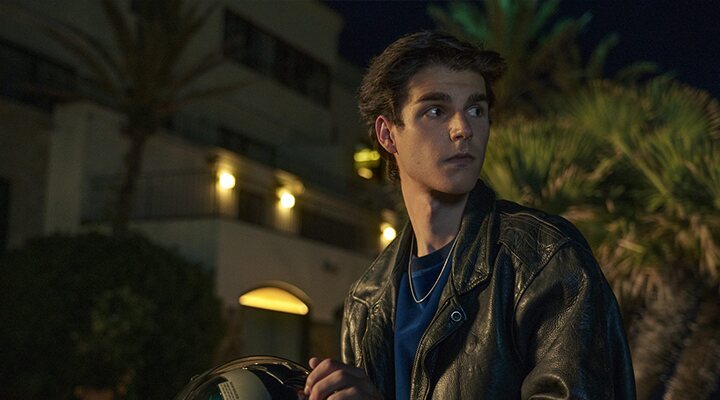 “Yes, of course there are prejudices. But in the end you have to go through a casting, you have to fit into a project, like the producer, director,… What it means to go through a selection process. Obviously you have a bigger showcase the more followers you have, but, without throwing flowers at me, if you don’t have that spark or talent they won’t catch you. I have religiously passed my casting”said the actor.

See also  'As Bestas': Exclusive poster for the new film by Rodrigo Sorogoyen

“In the end, you’re just a person with a following on social media. Before, for example, it was much more iconic for a singer or an art figure to make a movie and attract their audience. Now I think you can play it to make a movie with an influencer to attract more people, but I don’t think the essence of film and television is there”it continued. “But if you want to make a good product, it doesn’t matter who’s inside. If they are a good actor or actress, fit for your role and have a talent for telling the story, I think it goes much further than looking at where they come from.“.

Finally, we must not forget the veteran actors and actresses, such as Macarena García, who returns to this last season of ‘Paraíso’ retaking her role as agent Paula Costa. Nevertheless, the character has acquired a greater dimension in these new chapters.

“Actually I think has more burden, more weight and more powerful conflicts due to the circumstances. She is eight months pregnant, a risky pregnancy with all eyes on her to take care of herself, but she also has all this character and intuitive sense of smell that we already saw in the first season that makes her more aware that three years have passed and that it is likely that evil will return to the town”Garcia explained.

The final season of ‘Paraiso’ is available on Movistar Plus+ from June 16.